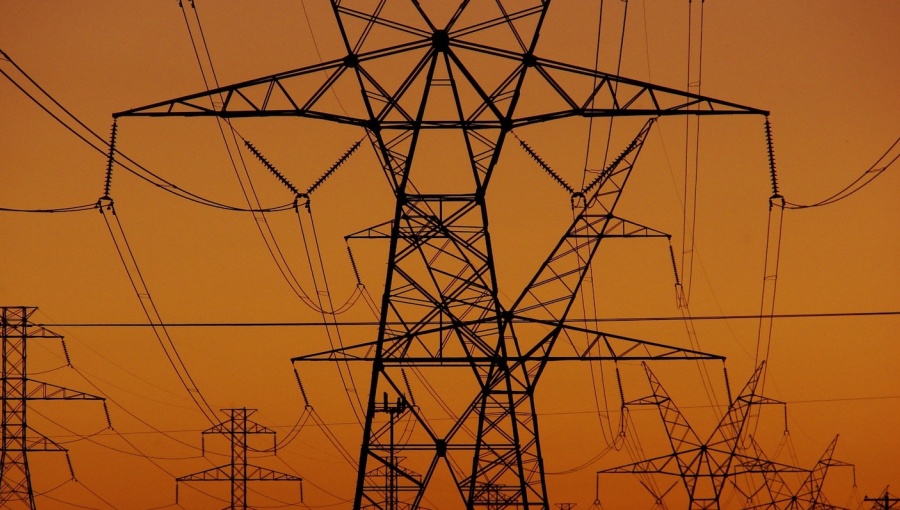 Small countries in South Eastern Europe are urgently looking for new suppliers to help them through the energy crisis caused by Russia’s invasion of Ukraine and related sanctions.

Soaring electricity prices on international markets have forced states in the region to look for ways to increase domestic production – which in most cases means a return to coal power despite commitments to green their energy sectors.

The Slovenian government, which is the wealthiest country in emerging Europe in terms of per capita and also prides itself on being one of the greenest, said in January that it had adopted a national strategy Phase out coal for power generation by 2033 at the latest.

Fast forward eight months, and Ljubljana is scrambling to import coal to power its only coal-fired power plant Sostanj (TES), as well as trying to recruit miners to boost domestic coal production.

TES produces up to a third of all electricity in Slovenia. It was controversially expanded with the addition of Unit 6, despite strong opposition from environmental groups and warnings that it could become a ‘stranded asset’ as the country phases out coal-fired power generation .

Prime Minister Robert Golob said on September 14 that the Premogovnik Velenje coal mine, which supplies Sostanj, only has sufficient coal stocks for two weeks. His government has declared a level one threat to electricity supply.

“The situation at the mine is alarming, because the landfill is only supplied for a little less than a fortnight. This is also a reason why the government has ordered the HSE to start coal import activities immediately,” Golob said in the statement.

“Slovenia needs to temporarily increase imports of minerals and coal in order to overcome the energy crisis, and on the other hand, we need to be ready for the restructuring of the region when the exit from coal actually starts,” Golob said.

Speaking about a possible expansion of the mine sites, he said it was a demanding project, which would take at least three years, and that the question of personnel also posed an additional challenge.

“We have already hired minors from Bosnia and Herzegovina, and talks are also underway on the possibility of [bringing in] additional miners from North Macedonia,” Roser said.

Also in mid-September, Sostanj (TES) received the first trial batch coal from Indonesia. Along with Australia, the Southeast Asian country is becoming an increasingly important coal supplier following supply disruptions from Russia and Ukraine. Golob said if Slovenia managed to import enough coal, it would still be cheaper than importing electricity at current market prices.

North Macedonia also needs coal for its thermal power plants (TPP). North Macedonia depends on energy imports and produces only electricity. It has no gas or oil and has limited quantities of coal.

In August, the North Macedonian electricity producer ESM launched two tenders to buy 950,000 tonnes of coal for the needs of its two TPPs

Prime Minister Dimitar Kovacevski said on September 13 that he had secured Greece’s coal and fuel oil supplies during his meeting with Greek Prime Minister Kyriakos Mitsotakis in Athens.

“The supply of lignite and coal to the Greek mines will continue uninterrupted during the fourth quarter of this year and the first quarter of next year, so the operation of the REK Bitola and REK Oslomej thermal power plants will continue without interruption,” Kovacevski said. , according to the government statement.

Kovacevski said they also reached an agreement on the uninterrupted supply of fuel oil via Greece for the operation of TEC Negotino TPP.

In Greece, Kovacevski and Mitsotakis also discussed major energy projects such as the construction of the gas pipeline crossing Greece, the Evzonoi interconnection to North Macedonia, a new gas-fired power station and the Cebren hydroelectric power station.

The costs will be high. Serbia plans to spend 3 billion euros, or 4.5% of its annual GDP, on electricity, gas and fuel oil imports between October 2022 and March 2023, Mihajlovic told Reuters.

Serbia generally fuels its coal-fired power plants with locally produced coal as well as imports from Bosnia and Herzegovina, Bulgaria and Montenegro. This winter it plans to import an additional 2.5 million tonnes of coal, with Energy Minister Zorana Mihajlovic naming Bulgaria, Bosnia, Romania and Greece as the main expected source countries in an interview with Reuters. September 15.

So, in addition to coal from its own power plants, Belgrade also wants to import electricity, and the public electricity company EPS recently agreed to buy 2,600 MWh from Azerbaijan, which is gaining importance as an energy supplier to South-Eastern Europe. Talks with Turkey on power transmission are currently underway. Mihajlovic told Reuters that Belgrade was also in talks over Hungary’s electricity supply.

As one of the only remaining European countries to maintain friendly relations with Russia, Serbia has succeeded in land a new long-term gas contract with Gazprom in May under relatively favorable conditions. However, this will not cover all of its gas consumption and Serbia hopes that Azerbaijan will again step in to supply gas, which will be facilitated by the Serbia-Bulgaria gas interconnection.

From November 1, new EU sanctions mean Serbia will no longer receive Russian oil which is currently delivered by tankers across the Adriatic Sea and then via the Adriatic Pipeline (Janaf) through Croatia to Naftna Industrija Srbije (NIS). Since Croatia is a member of the EU, it will no longer be able to receive maritime oil from Russia. This leaves Serbia with Iraq as its main oil supplier. Again, Serbia is scrambling for new suppliers of oil, as well as gas and electricity, and officials have said it will consider any supplier, including Iran.

Contacted by bne IntelliNews, the Serbian Ministry of Energy said: “The main objective is to ensure sufficient quantities of crude oil for the proper functioning of the Pancevo refinery and to ensure the security of supply to the internal market. The sixth EU sanctions package against the Russian Federation prescribes the deadline for the purchase of Russian crude oil, which is November 1, 2022. After this date, the purchase of crude oil of Russian origin for processing in a national refinery will no longer be possible.

“During the previous period, the Pancevo refinery also processed crude oil of other origins in addition to crude oil of Russian origin, depending on the availability and economic conditions of supply in the world market. In the following period, the refinery will continue to process other types of crude oil that are not of Russian origin, as it is possible to obtain them on the open market,” the ministry statement added.

After overthrowing its government in June, the new caretaker government said it would reopen talks with Gazprom – leading to accusations of trying to bring Bulgaria back into Russia’s sphere of influence – as well as explore other sources.

Bulgaria, like Serbia, is turning to Azerbaijan and in mid-September offered to export electricity to Azerbaijan in exchange for more natural gas. Azerbaijan already supplies 1 billion cubic meters of natural gas per year to Bulgaria and has said it could double that amount. Bulgarian Ministry of Economy and Industry Minister Nikola Stoyanov also held talks with Iranian Ambassador Syed Mohammad Jawad Rasooli on September 13, according to a ministry statement, which described the conversation as a “continuation of the search for all opportunities to ensure the diversification of our country”.

Elsewhere in the region, the situation is a little easier, but even in Romania, the government is seeking to accelerate the development of major gas projects.

Well before the current crisis, Croatia took the step of setting up a floating LNG terminal (FLNG) off the island of Krk, supporting its energy independence, and also has the ambition to become an LNG hub for region. Zagreb now intends to double the capacity terminal from 2.9 bcm to 6.1 bcm, Prime Minister Andrej Plenkovic said in June. However, the Zagreb government recently announced a major package of anti-crisis measures to help the country deal with soaring energy prices.

All countries in the region, EU members and candidate countries, plan to invest in renewable energies and end their use of coal. The green transition is already underway, but with states in the region at very different stages, and investments in solar, wind, hydro and even geothermal are numerous. While the emergency return to coal production is expected to continue through the winter, with worrying consequences on air pollutionin the longer term, the need for secure energy supplies and ending dependence on Russia should provide additional impetus for investing in cleaner energy.