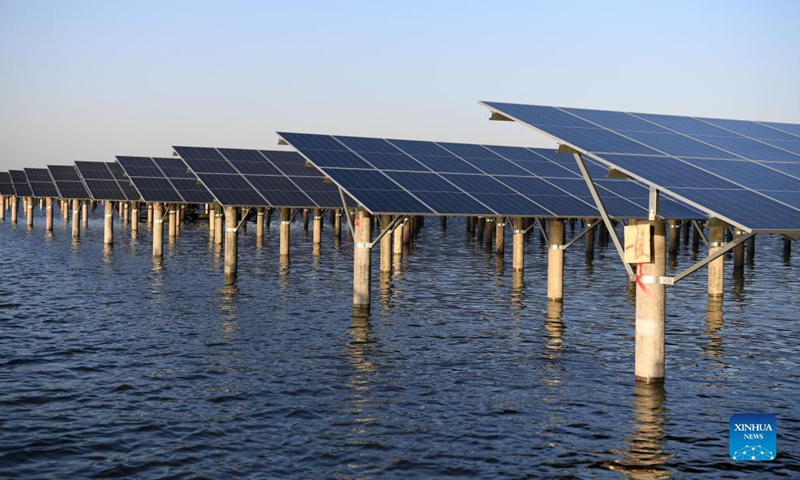 China to launch new round of new large-scale power plants

China to start building a second round of large wind and photovoltaic (PV) power plants in the country’s sandy, rocky and arid regions, forcing provinces to submit a list for the second round of new major energy bases by December 15 , according to a notice published by the National Energy Administration (NEA).

According to the opinion, China encourages the use of state-of-the-art equipment, high-efficiency wind turbines and photovoltaic modules to boost new energy production, with the scale of any project not having to be less than 1 million kilowatts.

And, the authorities will also support the construction of centralized and shared energy storage to maximize efficiency.

The notice clarified that the installed capacity of wind and photovoltaic power should match the transmission capacity of the channels, with various peaking measures, including transforming flexibility from coal power and hydropower storage. .

On October 12, China’s major renewable energy projects were announced at the 15th meeting of the Conference of the Parties to the Convention on Biological Diversity (COP15), including large wind turbines and solar panel bases in sandy areas, rocky areas and deserts, with the The first phase of an installed capacity of about 100 million kilowatts is currently under construction.

At present, the first set of large new energy bases have already been put in place with an installed capacity of 46 gigawatts (GW) and are expected to be connected to the grid by 2023.

Experts said larger new energy bases will reduce construction and equipment costs as well as transmission costs by making full use of interprovincial transmission channels. Experts also note that different types of energy sources within a large base benefit from technical complementarity, which will ensure the safe operation of the power grid.

China has made a significant contribution to the production of new energy. In 2020, despite the COVID-19 pandemic, the installed photovoltaic capacity worldwide stood at 760.4 GW, according to the International Energy Agency. China leads the world ranking with 48.2 GW of new energy capacity, far surpassing second place in the EU (19.6 GW) and third place in the United States (19.2 GW).