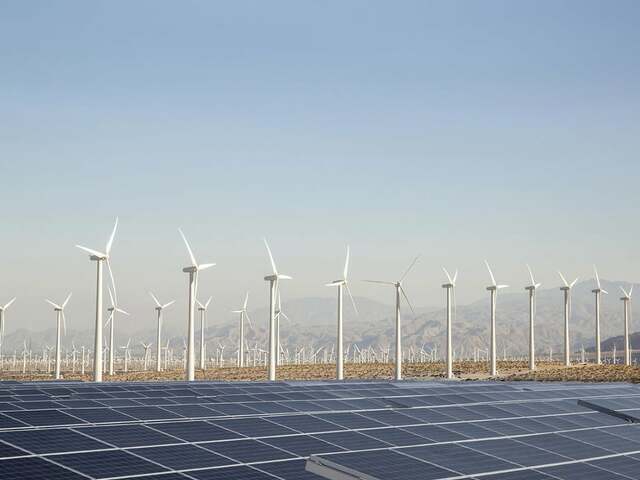 Clean energy resources: the government will produce up to 60% of electricity by the end of 2030 (minister) – Markets

ISLAMABAD: The government has pledged to generate up to 60% of electricity from clean energy resources, including solar and hydro, wind and other power by the end of 2030.

This was stated by Federal Energy Minister Khurram Dastgir Khan during a workshop on the development of the SDG7 roadmap for Pakistan, jointly organized by the Sustainable Development Policy Institute (SDPI), the Private Power and Infrastructure Board (PPIB) and the United States. United Nations Economic and Social Commission for Asia and the Pacific ESCAP.

The minister said the current energy crisis and debt figures were too big for the economy to handle. Pakistan has sufficient generation capacity, but due to lack of transmission infrastructure, low recovery rates and high cost of thermal fuels, current generation is lagging behind required demand.

Khan pointed out that although Pakistan has enough capacity to free the country from the demand-supply gap, it does not have the financial resources to generate diesel and oil-fired power due to their high costs. The state was also suffering from its ability to collect electricity bills, leading to ever-increasing circular debt, he added.

“To deal with the energy crisis, we need to find a set of domestic sources, because imported fuels are unaffordable, we will promote green energy resources, but to do this Pakistan needs strong international cooperation.” He said the government was considering rethinking business models.

Citing the example of K-Electric, the minister said the shift from public monopoly to private monopoly had not worked well. The government has installed most energy efficient power stations compared to private power stations. The Minister said that by introducing the Competitive Bilateral Exchange Contract (CTBM) market, competition in the electricity distribution and purchase market would be enhanced. “The Russian invasion of Ukraine disrupted global energy markets. We must also promote an energy saving policy.

Per capita energy consumption in Pakistan is still far below the global level. In the near future, Pakistan needs to strengthen the power generation collector. The government has committed to generating up to 60% of electricity from clean energy resources, including solar and hydel. Wind power is also planned and the country has abundant coal resources that the government will use. In addition, 30% of vehicles will switch to electricity. The ministry is due to launch an energy saving plan in the coming days as the country was spending at least $13 billion on importing crude oil.

“There are serious questions about the privatization of the electricity sector. Due to the energy crisis, not only the people are facing problems, but the government is also in big trouble because the concerned official has remained vigilant around the clock. Our energy mix is ​​also one of the problems and we must change it,” concluded the minister.

Romina Khurshid, MP, argued that “we should focus on energy conservation while promoting green energy. This step is important to benefit all segments of society through a sustained and gradual transition,” she added.

Shahjehan Mirza, Managing Director of PPIB, informed participants that despite having a low carbon footprint compared to other countries, Pakistan has set a target to shift 30% of its energy dependence on renewable energy sources from here 2030.

Dr. Abid Qaiyum Suleri, executive director of SDPI, said the reduction in fuel subsidies was a decisive factor in negotiations with the IMF. High fuel prices should be able to catalyze the transition to renewable energy. “While developing policies to encourage the shift to renewable energy sources, political parties should be involved in effective policies,” Suleri added.

Sergi, representative of UNESCAP, considered that Covid-19 was a wake-up call for the international community to get back on track to advance the SDGs. He affirmed that ESCAP provided the framework for national governments to build their own models of transition to clean and green energy.

Dr. Sardar Mohazzam, CEO of NEECA, opined that energy efficiency is not a new concept in Pakistan and the root cause of the energy crisis should be addressed. Energy conservation is much more cost effective than energy generation and Pakistan needs to reduce its energy intensity for sustainable economic growth and increased GDP. Therefore, the need for energy audits, especially in the public sector, is significant to improve energy efficiency and energy conservation in the country.

Dr. Zulfiqar Ali, Managing Director of the Board of Investment (BOI), believed that there is immense potential for investment in the renewable energy sector in Pakistan. The government is ensuring the ease of doing business to attract the investment needed to support the clean energy transition. In addition, the government also incentivizes consumers who sell energy captured by rooftop solar panels to the national grid for more economical power generation, he said.