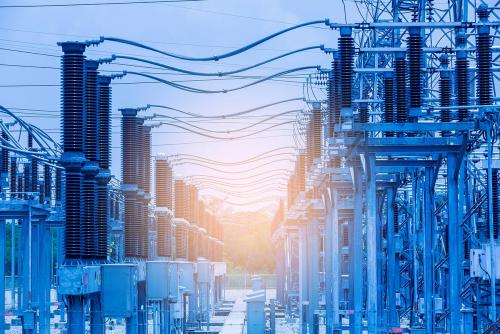 There is a lot of buzz around clean tech, distributed energy resources (DER), microgrids and other technological innovations in the renewable energy and clean transport sectors, and how these developments can help solve problems. long-standing environmental justice system. As these innovations develop, energy markets will undergo substantial changes that consumers and industry participants will need to adapt and leverage in their favor. Every two weeks, K&L Gates’ The Energizer will highlight emerging issues or stories related to the use of DERs, energy storage, emerging technologies, hydrogen and other innovations that make advance the energy sector.

Launched in Portland, Oregon, in 2011, ESS manufactures a low-cost, long-lasting iron flux battery whose electrolyte is made up of iron, salt, and water. The battery can store energy for up to 12 hours and does not lose capacity as it ages. Conventional energy accumulators are made of lithium or cobalt, substances whose supply is limited in the world, which can in certain circumstances be toxic to the environment and which last about four hours. Although the Company did not record any revenue, it concluded contracts with several clients, including TerraSol Energies in Pennsylvania and Enel Green Power EspaÃ±a.

The Texas Utilities Commission has announced the addition of two new members to the board of directors of the Texas grid operator, the Electric Reliability Council of Texas (ERCOT). Paul Foster, former executive chairman of Western Refining, Inc., and Carlos Aguilar, chairman of Texas Central Partners, LLC, a company seeking to develop high-speed train service in Texas, will join the board of directors. Foster is currently President of Franklin Management, LLC and has been selected to chair the Board of Directors of ERCOT, effective October 12. The other six directors are expected to be appointed in the coming months.

The announcement of two new board members is the latest in sweeping changes to the grid operator following the extreme winter weather event of February 2021 that led to the near collapse of the power grid from Texas. Recently, the North American Electric Reliability Council (NERC) and the Texas Reliability Entity, Inc. (Texas RE) jointly asked the Federal Energy Regulatory Commission (FERC or Commission) to approve several revisions to Texas RE’s bylaws, including provisions on governance procedures. during an emergency. The revisions would allow a smaller quorum of voting directors to approve actions in an emergency. Further, Texas RE proposed that meetings called under these provisions not be subject to normal notice and posting requirements.

The Commission accepted the revisions proposed by NERC and Texas RE, but rejected the advice and issued an exclusion for emergency meetings. Specifically, the Commission found that the lack of public notice for emergency Texas RE board meetings held under the emergency governance arrangements does not comply with the transparency requirements of the Federal Power Act Section 215. The Commission ordered NERC and Texas RE to come up with compliance language that provides some degree of public notice of such emergency meetings.

THE US DEPARTMENT OF ENERGY INVESTMENTS TARGETS EFFICIENT BIOFUEL PRODUCTION

US Department of Energy (DOE) awarded Lehigh University Energy Research Center (ERC) a US $ 3.5 million grant to develop cutting-edge technology to rapidly detect and analyze solid waste streams municipal (MSW). Specifically, the grant is focused on the development of the new ERC process that combines laser scanning with artificial intelligence (AI) software to produce real-time details on the composition of MSWs. According to the ERC, the information produced by the new process will increase the accuracy of the analysis of the composition of MSW by 25% compared to traditional methods and reduce the analysis time from a few hours to a few minutes.

This US $ 3.5 million grant is part of DOE’s US $ 34 million effort to support high-impact research and development to improve and produce biofuels, bioenergy and bioproducts. This project could lead to a process that is both easier and more economically feasible, making energy recovery from waste a more attractive alternative to landfill and bringing the United States closer to a more sustainable waste treatment approach.

GE Renewable Energy (GE) has announced that its Haliade-X prototype has achieved an operating rate of 14 megawatts (MW). The prototype is installed in Rotterdam, the Netherlands, and is an upgraded version of the 13 MW Haliade-X version, which was certified earlier this year in January. GE presented the first 12 MW Haliade-X offshore wind turbine model in 2019, the largest ever built at the time. GE will now apply for certification for the 14 MW category and has started the process of official measurements. Larger, more efficient turbines allow fewer turbines to be installed at each project site to achieve the same efficiency. The 14 MW Haliade-X would be capable of delivering up to 74,000 MW / h per year.

GE’s Haliade-X turbine has received commitments for several wind farms located off the east coast of the United States. GE will also supply Haliade-X turbines for all three phases of the Dogger Bank offshore wind farm which will be located off the coast of the United Kingdom and, when completed, will have a nominal capacity of 3.6 gigawatts. The third phase, Dogger Bank C, will deploy 87 units of the 14 MW model.

WHITE PAPER ON THE INTERCONNECTION OF RENEWABLES

The white paper identifies the main challenges of integrating renewable energy production into the grid, including the new grid planning dynamics introduced by weather dependent wind and solar resources; resource adequacy risks that require more detailed modeling and integrated resource planning; peak hours of use of the transport network shifting to non-traditional periods; and the need for additional transmission infrastructure to meet the demands for electrification and integration of new wind and solar generation.

The EIPC White Paper makes several key recommendations for policymakers, including: developing a transmission capacity that reliably and cost-effectively integrates increasing levels of new local and remote renewable wind and solar resources; improving regional and interregional coordination to meet aggressive energy-related public policy objectives; promote collaboration between industry, policy makers and regulators to ensure that energy initiatives are achievable; and request a seat at the power system managers and planners table to discuss system reliability in the context of energy policy.

Maeve C. Tibbetts and Oretha A. Manu also contributed to this article.