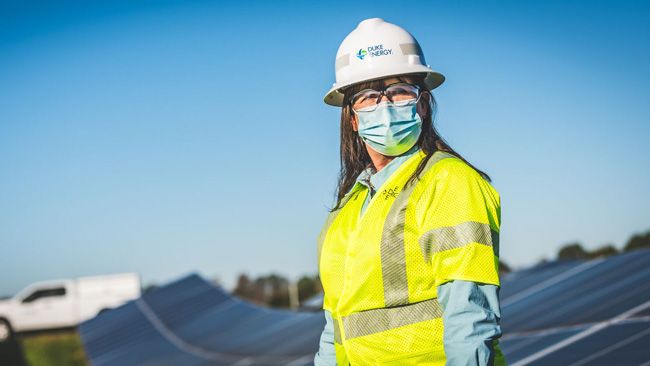 Wells Fargo will purchase more than 58 megawatts (MW) of solar capacity from the Blackburn Solar project, a planned 600-acre facility in Catawba County. It will be developed, owned and operated by a subsidiary of NextEra Energy Resources, LLC. Subject to local and state approvals, the project is expected to be commissioned as early as 2022. The electricity produced will offset about 50% of the bank’s energy consumption in the state.

â€œDeveloping renewable energy projects near employee and customer centers is one way Wells Fargo is working to achieve our goal of zero net greenhouse gas emissions in a way that contributes also to the communities in which we live and work. Investing in solar energy development in North Carolina will support job creation, tax revenues, reduced carbon emissions and grid resilience, â€said Nate Hurst, Head of Social Impact and sustainability at Wells Fargo. â€œWe value working with Duke and NextEra to advance our sustainability goals in a way that benefits the local economy. “

The Green Source Advantage program is the result of the 2017 solar legislation in North Carolina. The GSA program allows large customers to offset their electricity purchases by obtaining renewable energy from projects connected to the Duke Energy grid. The client can keep the renewable energy certificates (CERs) of the projects to meet the sustainability or decarbonization goals.

A similar program from Duke Energy is now available in South Carolina.

Participation in Green Source Advantage means that Wells Fargo will participate in the development of a new source of renewable energy. Wells Fargo and NextEra Energy Resources have agreed on the specific project and additional costs associated with the facility’s energy.

Duke Energy’s GSA program has made 600 MW of capacity available to large Duke Energy customers in North Carolina. A substantial portion of the available capacity has already been taken by the City of Charlotte, Bank of America and Duke University in previously announced projects.

Duke Energy (NYSE: DUK), a Fortune 150 company headquartered in Charlotte, North Carolina, is one of the largest energy holding companies in the United States. through its unregulated unit Duke Energy Renewables.