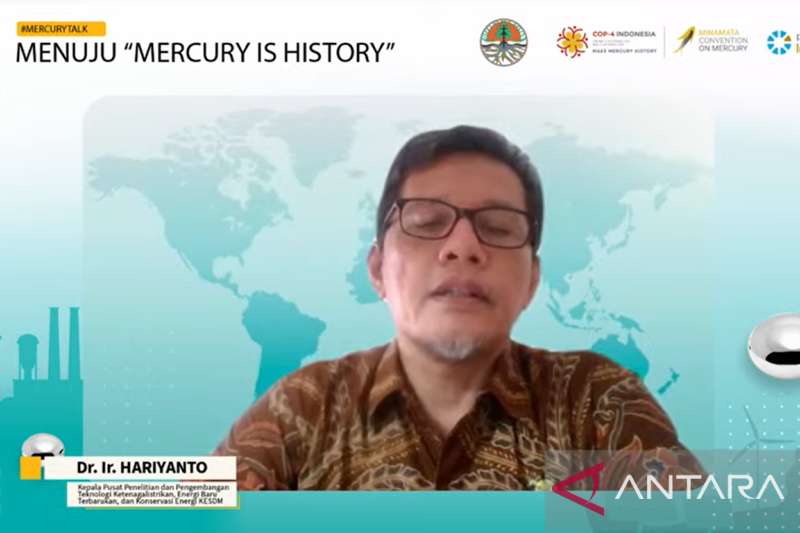 Jakarta (ANTARA) – The Ministry of Energy and Mineral Resources is promoting high-efficiency and energy-efficient lighting, such as the use of LED lamps, to reduce greenhouse gas emissions and the use mercury in lamps.

“With reduced emissions and mercury through 2029, we are optimistic that it will be followed by the use of energy-efficient and environmentally friendly LED lamps,” said the director of the Development Research Center electricity technology, new renewable energies and energy. Conservancy of the Ministry of Energy and Mineral Resources, Hariyanto, noted Friday.

Hariyanto later remarked that the ministry would implement various action plans to reduce the demand for mercury-containing lamps, thereby reducing the amount of mercury needed for lamp production.

The decrease in mercury in lamps was in line with the plan to gradually reduce the number of lamps using mercury in public street lighting, government agency buildings and other professional buildings, Hariyanto said.

In this scenario, the amount of mercury in lamps would decrease by 125 kilograms over the period 2022-2028. Under this plan, the number of lamps containing mercury in circulation will be reduced from 199 million units to 181 million units during this period.

Although the amount of reduction is not as huge as in other sectors, such as small-scale gold mining, he explained that even the slightest reduction in mercury will have an impact on health conditions. public.

Hariyanto affirmed that the roadmap prepared by the Ministry of Energy and Mineral Resources for the development of high-efficiency lighting has been well structured to support efforts to reduce greenhouse gas emissions and mercury.

“The application of high-efficiency lighting is in line with efforts to reduce greenhouse gas and mercury emissions,” he noted.

Manufacturing and energy are included in the priority sectors for mercury reduction, based on the National Action Plan for the Reduction and Elimination of Mercury published in 2019. In addition, there is also the sector of health and small-scale gold mining.