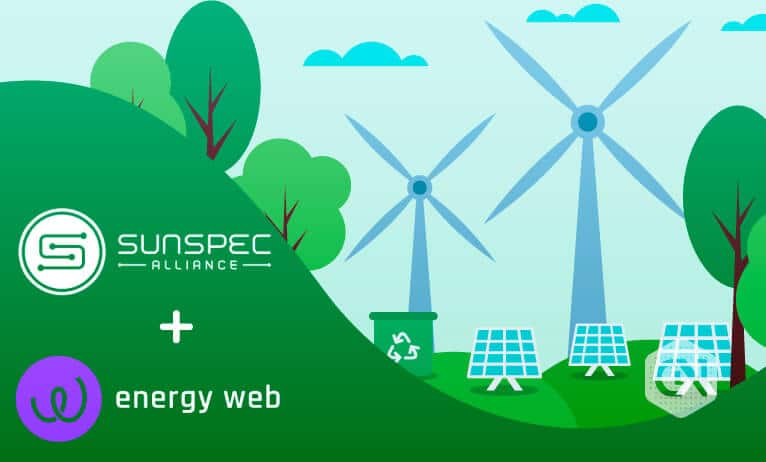 Energy Web enters into a partnership with SunSpec Alliance

Energy Web, a low-carbon energy accelerator using blockchain-based solutions, announced its partnership with the information and certification standards organization for the distributed energy resources (DER) industry, SunSpec Alliance. As per the official announcement, the two organizations have teamed up to jointly develop standards, certifications, protocols and digital solutions to support plug and play system interoperability for energy storage technology. and solar photovoltaics.

Today we are very happy to announce our partnership with @SunSpecAlliance. Together, we will work to co-develop digital standards that support the interoperability of plug & play systems for #solar Photovoltaic and battery energy storage technologies.https://t.co/jgAvaBHiDW

SunSpec Alliance is an organization made up of more than 100 companies working to build a future focused on DER. Members of the business alliance include manufacturers, service providers and developers from Asia, North America and Europe, who have come together to set standards for the DER industry.

Commenting on the collaboration with Energy Web, Tom Tansy, president of SunSpec Alliance, said distributed solar storage is the centerpiece of the electrical system.

Morris further added that the â€œsoftâ€ infrastructure they will build together will accelerate innovation and adoption of low-carbon energy in the future. In a Medium article, Energy Web informed that according to a Bloomberg forecast, approximately $ 4.2 billion and $ 843 million will be invested in solar and battery energy storage respectively by 2050. In addition, they said the world’s installed solar capacity stands at 627 GW, of which 115 GWDC was added last year.