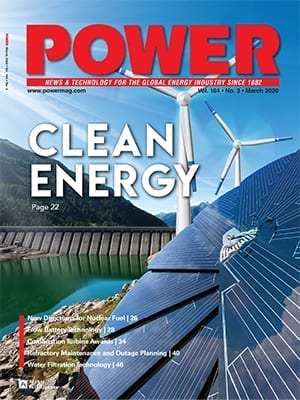 Formed in early 2017, EWF’s affiliate ecosystem has grown rapidly, growing from 37 affiliates in February 2018 to over 100 today. As blockchain technology matures and the energy industry increasingly examines blockchain opportunities in a range of use cases, affiliates play a number of crucial roles:

â€œEWF is accelerating the transition to a cleaner, more resilient and more profitable energy system,â€ said Jesse Morris, Chief Commercial Officer. â€œAs the forces of digitization and decentralization continue to drive a massive global energy transition, the Energy Web channel, which will launch its genesis block later this year, offers a huge opportunity for market players of all shapes and sizes and sizes to take advantage of a new solution to the challenges they face. Our growing affiliate community will be extremely important to seize this opportunity, and their growing number is a testament to the seriousness with which the industry now takes this powerful technology which, just a few months ago, was viewed with a dose of skepticism.

â€œAt EnBW, we have been studying the use of distributed ledger technologies in the energy industry for several years and are working on various use cases,â€ said Christian Sander, Head of Blockchain and Distributed Ledger Technologies for EnBW. â€œIn our opinion, the emergence of open ecosystems – like that of EWF – that make players directly able to interact with each other offers a strong potential for change in the market. As an EWF Affiliate, we look forward to an exciting exchange and working together on new use cases.

EWF and its affiliates will meet in June in Berlin to Horizon 2019 event, the world’s leading blockchain conference in the energy sector.