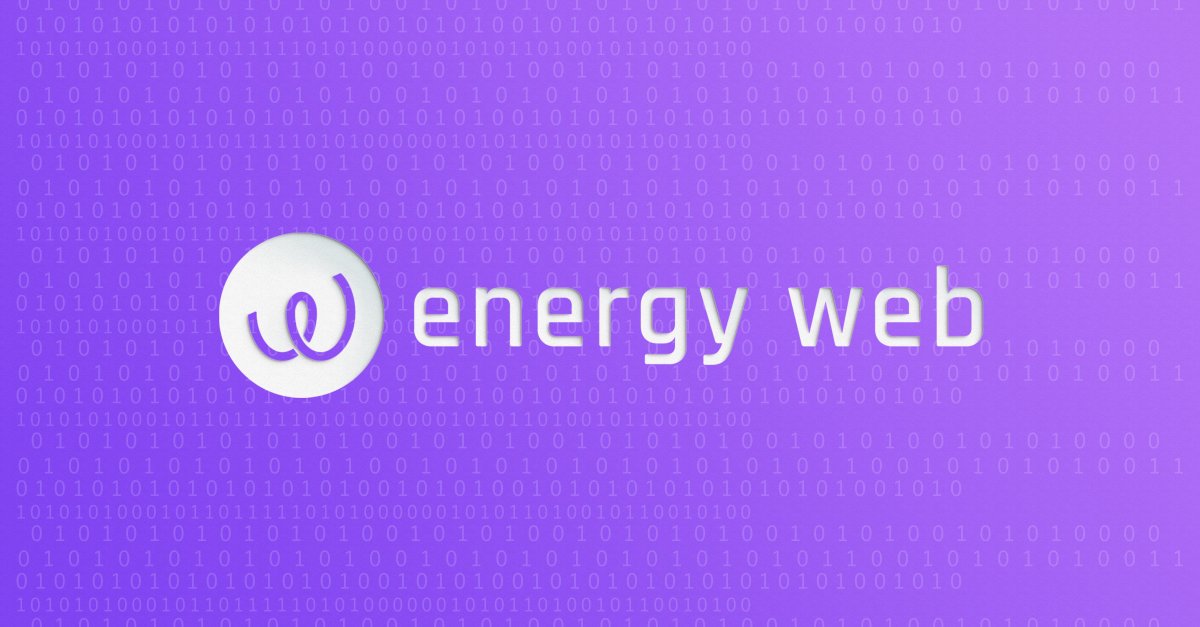 Environmental, social and governance (ESG) factors are increasingly prioritized by investors, and that includes cryptocurrency investors. Energy Web Token (EWT) is a crypto project that hopes to be at the forefront of decarbonizing the economy.

Its blockchain offers developers a platform to build software that promotes clean energy and sustainability.

The Energy Web Token (EWT) is funding this process and, at the time of writing, it was in full swing after the project was praised by investment management giant BlackRock (BLK).

What is an Energy Web Token (EWT)?

With decarbonization on the radar of many businesses and governments, Energy Web, which was launched in 2017 by Colorado-based clean energy company Rocky Mountain Institute and blockchain developer Grid Singularity, seeks to accelerate the process of realizing decarbonization. a green economy. The non-profit company uses blockchain technology to achieve this goal. Developers and organizations can take advantage of its products to implement green solutions.

“Our mission is to develop and deploy an open, decentralized digital operating system for the energy industry to support a low-carbon, customer-centric energy future.”

Its blockchain contains three different layers. The trust section is inspired by the Ethereum network and contains the basic functionality of the smart contract. Its utility layer is then designed for shared protocols. This emphasizes communication, identity and the exchange of information. Finally, the third layer contains software development kits (SDKs) and application features that are essential for developers.

Fifty different projects are taking advantage of this technology, at the time of writing.

For example, EW Zero is an open-source platform that makes it easy to purchase renewable energy and carbon offsets. This can be done from its digital interface, which emphasizes transparency.

Jesse Morris is currently the interim CEO of Energy Web. Based in San Francisco, he has a background in electricity and science. Previously, he worked as a director in the electrical practice at Rocky Mountain Institute.

All about the EWT token

The Energy Web Token is the utility cryptocurrency that powers the blockchain. It was designed for the same purpose, to create applications in the clean energy sector.

The token currently has two main uses. It is used to pay gas charges on the network for each transaction. This fee is then sent to reward validators for processing these transactions on the blockchain.

EWT is also used as a payment source to fund decentralized applications (DApps) on the Energy Web blockchain.

Past performance of EWT

The energy web token was launched at $1.05 on March 30, 2020 and has had quite a volatile price history so far. After being registered on the KuCoin Exchange on July 17, it entered an uptrend and reached a high of $13.61 on August 18.

A crash to $5 followed in December, after which the token started rising again in early 2021. It received a €1 million grant from Google (GOOG) under the “Impact Challenge on Climate” program. from the tech giant. The token then hit its all-time high of $22.22 on April 17.

We are proud to be a @Googleorg Beneficiary of the Impact Challenge on Climate, creation of a digital framework for the coordination of distributed energy resources (DER) in order to harmonize low-carbon electricity markets across Europe.https:// t.co/ZuTIWF6U7L

$15. EWT surged again in December of the same year as it led to the implementation of a staking feature for its holders. But the token was only able to reach a peak of $15.24 on December 3.

GAME UPDATE⚡️- As we approach staking on the Web Energy Chain mainnet, we would like to ask everyone who helped test staking on the Volta testnet to withdraw their Volta tokens by the 7th december ! (Be sure to save your Volta Test Tokens to participate in future events!)

It has gained slightly since then after the project was recognized by BlackRock for its apps that bring transparency to bitcoin mining sustainability factors. As of August 22, EWT trades at $4.72, up 17% from last week and ranks 162 by market capitalization on CoinMarketCap.

At the time of writing, there is a wide range of EWT price predictions, some optimistic and some very pessimistic about the future of cryptocurrency. DigitalCoinPrice said he expects the coin to climb to $6.13 this year. His forecast expected this gradual increase to continue, and his Energy Web Token price prediction for 2025 averaged $8.72. The site suggested that the token could reach a new high of $24.10 in 2031.

TechNewsLeader is more optimistic and suggested that the EWT could surpass $10 in 2025. His Energy Web Token price prediction for 2030 gave a maximum price of $71.49.

On the other hand, CaptainAltcoin was much more bearish with its Energy Web Token price prediction for 2022, suggesting a possible drop below $4. In five years, he predicts, cryptocurrency will have become worthless.

When reviewing an EWT token price prediction, it is important to keep in mind that cryptocurrency markets remain extremely volatile, making it difficult to accurately predict what the price will be. a coin or token in a few hours, and even more difficult to give long-term estimates. . As such, algorithm-based analysts and forecasters can and do get it wrong in their predictions.

If you are considering investing in cryptocurrency tokens, we recommend that you always do your own research. Read the latest market trends, news, technical and fundamental analysis and expert opinions before making any investment decisions. Keep in mind that past performance does not guarantee future returns. Never trade with money that you cannot afford to lose.

There are currently no responses for this story.
Be the first to respond.