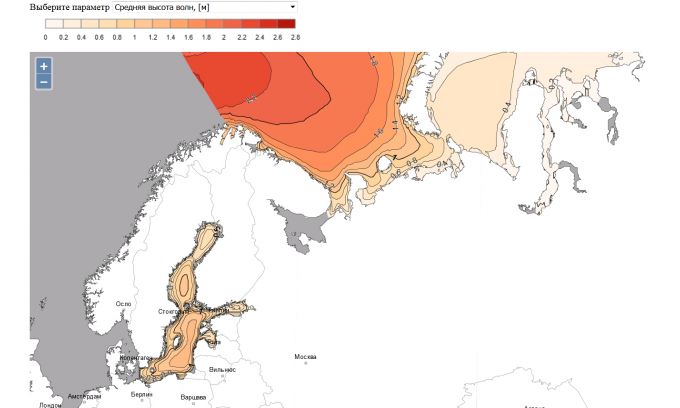 Scientists from the Lomonosov MSU (Faculty of Geography) published the first version of the Russian web-atlas on wave energy. The test version of the web-atlas published on http://autolab.geogr.msu.ru/wavenergy free access. It contains data on the spatial distribution of wave energy in the Black, Caspian, Baltic, Barents and Kara seas. The atlas also contains information on basic wind wave parameters.

Energy potential of wind and waves

Scientists started developing the web-atlas in 2018. The atlas basis consists of unique data on the energy potential of wind and waves obtained from the results of the original numerical modeling. As part of the web-atlas project, scientists are also developing the method for calculating the optimal compound of electrical devices that use solar, wind and wave energy for the hybrid energy system.

“The created method makes it possible to count the number of generators of one type or another for the most stable electricity production or for its maximum production over a certain period of time at the pointed location,” said Stanislav Myslenkov (principal investigator of the Oceanology department of the Lomonosov MSU), coordinator of the web-atlas project.

There is a growing trend of interest in the study of renewable energies all over the world. One of the real options for replacing hydrocarbon resources is the use of solar, wind and wave energy. Besides the depletion of resources, there is also another problem: fuel consumption is harmful to the environment. Renewable energy sources are characterized by the inconsistency of distribution in space and time. Therefore, it is necessary to provide detailed estimates of the â€œgreenâ€ (renewable) energy available for efficient industrial development.

The web-atlas will be enriched with other data: wind energy and special statistical functions for the seasonal variability of wave and wind characteristics.