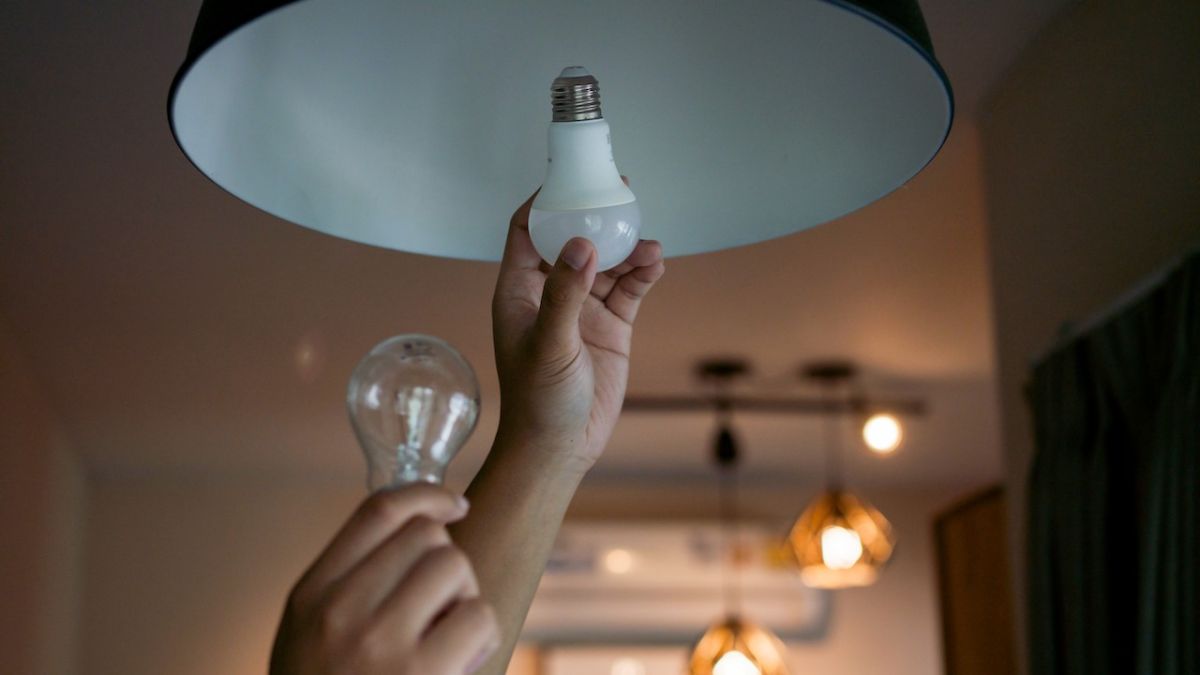 How do energy saving bulbs work?

Energy saving bulbs were invented as a greener alternative to traditional bulbs, requiring 90% less electricity to produce the same light, according to the Center for sustainable energy. But how do they do it?

As brilliant ideas fade away, it’s almost impossible to overstate the impact the humble light bulb has had on human civilization. Before Thomas edison had the original “light bulb moment” and patented its invention in 1879, people literally lived in the dark ages, according to the Franklin Institute. People depended on kerosene or gas lamps and candles to light their rooms and streets, and when the sun went down the world would look a lot duller than it is today.

The bulb changed all that and allowed us to have cheap, reliable and powerful lighting at the push of a switch. They revolutionized the way we work and relax after dark, also impacting the way we build our streets and all of our modern buildings and ensuring that when the sun goes down, life goes on.

A traditional or “incandescent” light bulb, consists of a piece of sturdy wire with a very high melting point, usually tungsten, surrounded by a glass cover, depending on the model. BBC. When electricity passes through it, it causes the wire to glow, producing the light that fills the room. If you imagine a poker glowing after being held in a fire, that’s pretty much what the inside of the bulb is and how it emits light.

One of the problems with traditional bulbs, however, is that a lot of the energy they use isn’t actually turned into light, but into heat, which is why you have to wait for them to cool down. before changing them. Only 10% of the energy used by an incandescent bulb is turned into light, according to Pennsylvania State University. This makes them extremely inefficient at what we actually need them to do – after all, no one turns on the light to stay warm, right?

In addition, the heat irreparably damages the filament to the point that it no longer works, the bulb breaks and must be replaced. This has huge implications for both waste and costs.

So, for many years, scientists and engineers have been working on traditional bulb replacements that would be more environmentally friendly without compromising efficiency.

Certain types of energy saving light bulbs have been around for decades. One of the first was the halogen bulb developed in 1955, according to the Edison Tech Center.

They use the same filament technology as traditional light bulbs but have some important differences.

Halogen bulbs are similar to incandescent bulbs, but contain a small amount of halogen gas which mixes with tungsten vapor. It then deposits it on the filament rather than inside the bulb, which means it can shine more brightly and extend the life of the bulb.

All of this makes them a bit more efficient, but far from perfect. In 2009, the European Union began phasing out inefficient light bulbs, including halogen bulbs, according to European consumer organization. The production and import of directional line voltage halogen bulbs was also banned in the UK in September 2021, according to the british government.

In 1976, we saw the emergence of compact fluorescent lamps (CFLs), according to the Edison Tech Center. These were the first truly energy efficient bulbs available to daily consumers and used between 70% and 80% less energy than a traditional bulb, according to the Energy saving trust. They can last around 8,000 hours, which is 50 times longer than an incandescent bulb, making them much more efficient and economical.

These bulbs light up when an electric current passes through a tube containing a gas called argon and a tiny amount of mercury vapor. This process then generates ultraviolet light which is invisible but which excites molecules in a fluorescent coating – called phosphor – inside the tube, which then emits visible light, according to the National Institute of Environmental Health Sciences. They marked a big step forward in energy saving technology and are still the most common type of energy saving bulb in use today.

Related: What is renewable energy?

An even more efficient type of energy saving bulb is the LED – light emitting diode – light. While they actually date back to 1927, we only really started to see them widely used over the past two decades, according to the Edison Tech Center. But they were expensive. Now, they’re more affordable and likely to be found in most places, from homes to office buildings. Because they convert up to 95% of their energy into light, they are much more efficient than traditional bulbs and last much longer, according to the University of Wisconsin.

An LED differs from all others because solid matter produces light, not filaments or gases. This solid-state material is a semiconductor called a diode, which is made of a material – typically aluminum-gallium-arsenide (AlGaAs) – that allows electricity to pass through it easily, according to Biopolymer composites in electronics. When electricity passes through the diode, it emits electromagnetic particles called photons which produce the light we see in our rooms and on our streets.

LED bulbs can last up to 50,000 hours and therefore should not be replaced for ten years, unlike traditional bulbs which often only lasted for months or even weeks, depending on the company. New York Times.

While energy saving bulbs are more efficient and help consumers save money, their real benefit is for the environment.

For example, LED lights need much less energy to produce light. A typical 84 watt fluorescent bulb can be replaced with a 36 watt LED and it will provide the same level of light, depending on Innovation in global green technologies 2020. Simply put, by using less energy, we must therefore produce less at the source, for example by using fossil fuels in a power station, in order to light our homes and cities. This, by extension, decreases greenhouse gas emissions.

Plus, unlike some previous generations of light bulbs which contained materials like mercury, LED lights do not contain any toxic material, which means they can be easily disposed of in a way that will not harm the environment. environment.

When you consider the millions of bulbs used to light up homes, streets and offices in just one country like UK, the benefits to the world of replacing light bulbs with more energy efficient sources have enormous potential to support the green agenda.

For more information on sustainable energy and the changes you can make to be eco-friendly, see The guide to sustainable living (ish) by Jen Gale.

If you have a budding engineer or environmentalist at home who wants to learn more about energy saving light bulbs and renewable energy, NASA has an easy-to-follow guide. to guide on how they work and much more.