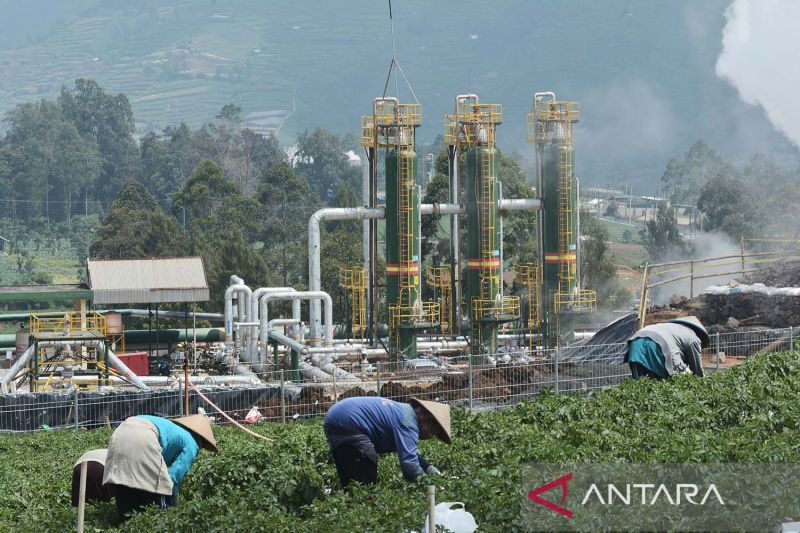 Geothermal power generation is estimated at 22 GW, which is driven by the development of new commercial schemes

Jakarta (ANTARA) – The number of new and renewable energy power plants has continued to rise over the past five years, with current installed capacity reaching 12 gigawatts (GW), according to the Ministry of Energy and Mineral Resources.

Energy and Mineral Resources Minister Arifin Tasrif noted that geothermal power plants provided about 2.2 GW and were still under development through new commercial programs to advance the energy transition agenda.

The government has established a medium-term roadmap for the addition of new and renewable energy through the Electric Power Supply Business Plan PLN 2021-2030.

In the roadmap, the addition of new and renewable energy aimed to reach 20.9 GW, or 51.6% of the total power plants built by PLN, the state power company, it said. -he adds.

The minister said the installed capacity of geothermal power plants had been targeted to reach 3.3 GW by 2030. The government had prepared several strategies to boost geothermal power generation, including through the government drilling program which provided geothermal funds, synergy between state-owned companies and resource optimization on the ground.

He further pointed out that efforts to enhance clean energy development and steer it towards the energy transition would require various technologies and financial support from various entities, including governments, international organizations, financial institutions, businesses and philanthropists.

Access to the use and use of technology must also be made more inclusive. Therefore, access and affordable financing must be provided extensively and thoroughly.

“Currently, Indonesia has two geothermal financing programs, the Geothermal Energy Upstream Development Project and Geothermal Resource Risk Mitigation, which is a collaboration between the Ministry of Finance, PT SMI and the World Bank,” the minister said.

Related news: Indonesia can become the center of the global geothermal industry: PGE