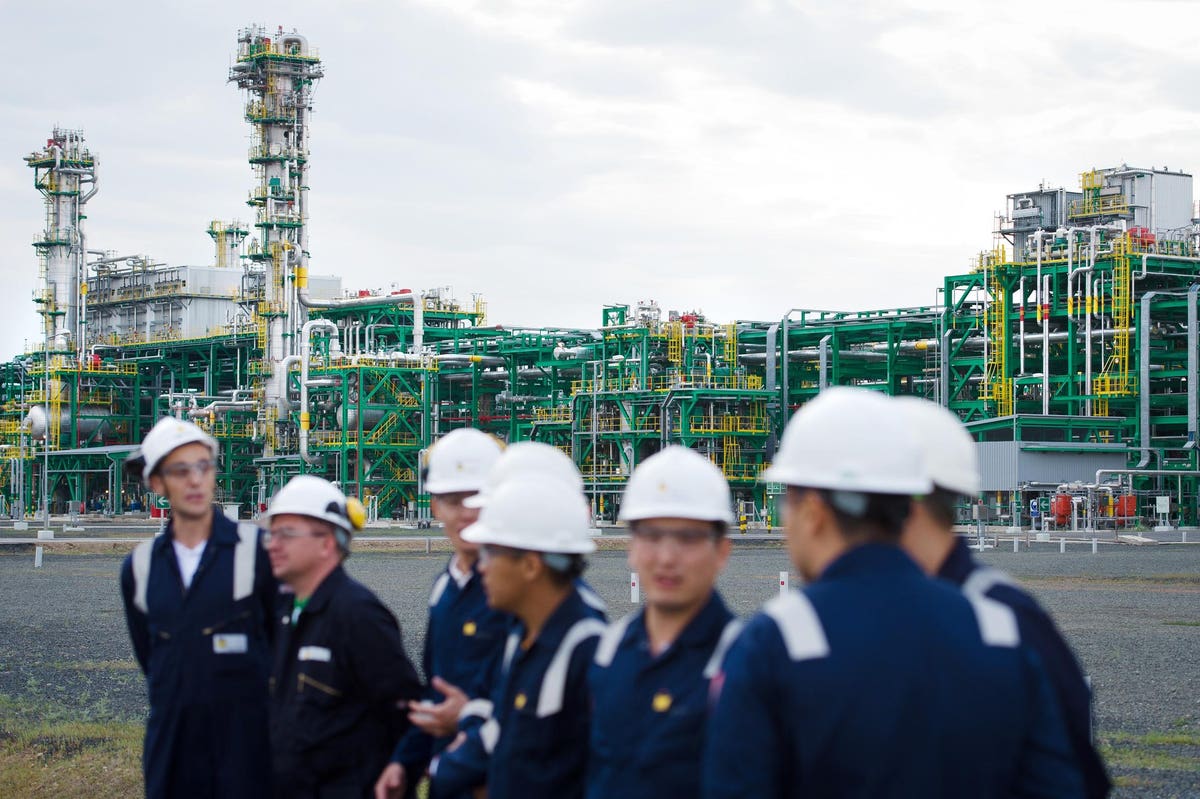 The current global energy crisis eclipses that of the 1970s, warns the director of the International Energy Agency, Fatih Birol. He may be underestimating the seriousness of rising prices: a barrel of oil in 1974 cost $7 – it is worth $40 today.

Prices have soared since the fall of last year as supplies of hydrocarbons have lagged behind growing demand. Costs only have continued skyrocket after Russia’s invasion of Ukraine upended international energy markets. These shortages come at a time when global energy demand is expected to increase by 47% over the next 30 years, driven by rising living standards and population and economic growth.

However, a few lucky countries are strategically positioned to benefit from the rapidly changing markets, policies and technology created by this crisis.

While the transition to a lower-carbon energy mix in the West is frequently analyzed, developing countries are often ignored. To understand the international anxieties and opportunities presented by rising energy supply costs, exogenous shocks, growing interest in renewable energy and Russia’s invasion of Ukraine, there is no better example than Kazakhstan. It is singularly undermined by the current crises while at the same time having so much potential to benefit from the world’s need for energy.

Over the past three decades, this resource-rich country the size of Western Europe has built strong relationships with Western investors, including Chevron and Exxon Mobil. These relations allowed Kazakhstan to avoid total dependence on Russia, giving the country fiscal autonomy and freedom of action. Unfortunately, Kazakhstan’s overexposure to the Russian economy still presents challenges. Russia is the transit country for the majority of Kazakh energy exports, which means Western sanctions on Russia are inadvertently hampering Kazakhstan’s economy and may reinforce Kazakhstan’s dependence on Moscow.

Fortunately for Kazakhstan, when a window closes, a door opens; the meager comfort that Russia offers has nothing to do with what the West offers. For its part, the West must also recognize the advantages that Kazakhstan offers. Its ability to balance Russian and Chinese incursions into Central Asia combined with formidable energy reserves make it a vital part of resolving the global energy crisis.

Kazakhstan is home to the world’s largest uranium producer, Kazatomprom. With McKinsey forecasts triple electricity consumption by 2050 and total decarbonization of energy production via renewable energies yet to come, nuclear energy is a very efficient low-polluting energy source. Kazakhstan has identified its own comparative advantage in meeting the growing demand for uranium, with Kazatomprom already working to establishment new nuclear fuel cycle production facilities. With Bulgaria, Czechia, Finland, Hungary and Slovakia lean on nuclear fuel from Russian state-owned Rosatom, and with the European Commission already committed to helping member states find alternative energy sources, Kazakhstan is the obvious solution.

Although nuclear power is a worthwhile investment for countries looking to ensure adequate baseloads, it is expensive and requires long construction times. Therefore, global increases in energy consumption require the use of natural gas, oil and coal in the developing world. As a major energy exporter, Kazakhstan must simultaneously increase its energy exports, diversify its trading partnerships, avoid dependence on China and prevent Dutch disease – excessive reliance on a single type of export.

Fortunately, Kazakhstan already seems to be juggling these requirements deftly. Innovative financial institutions such as the Astana International Financial Center (AIFC), which serves as a regional financial center to connect investors to projects requiring financing, can play an important role in developing new energy investments with carbon capture.

Whatever the energy resource or technology exported, there remains the problem of transit routes. There is a strong demand increase for shipments through Central Asia and the Caucasus, including the Transcaspian International Transport Route known as the Middle Corridor. But, since transport through the Middle Corridor is more expensive, regional financial centers need to secure adequate funding while encouraging innovation to make freight transport more efficient and ultimately more profitable. Therefore, Kazakhstan has multiple opportunities to develop its own direct hub and structure infrastructure investments, trade finance and offer financial instruments like insurance or factoring using the AIFC environment.

However, AIFC alone cannot attract funding and improve efficiency. The Government of Kazakhstan must prove that the country is a reliable investment partner to attract investors and liberalize the economy. President Kassym-Jomart Tokayev present a series of reforms to strengthen fair competition, protect private property and dismantle monopolies. These reforms and the government’s broader liberalization efforts are key to attracting investors.

Last weekend, June 5, voters in Kazakhstan voted in a referendum on the constitutional amendments aimed at making its political system more flexible after experimented its most intense manifestations since the collapse of the Soviet Union. If the changes are implemented, the increased stability will improve investor confidence and attract more companies to the country, for which the AIFC would play a key brokering role.

Kazakhstan needs political stability and a steady hand at the helm of economic policy to further develop its huge energy reserves and supply more food to world markets. Last Sunday’s referendum is a key step towards becoming a pivotal energy and economic axis on the Eurasian continent.

2022-06-06
Previous Post: Corvias improves military housing at Fort Meade, including energy-saving measures and other upgrades
Next Post: What does the ownership structure of Vulcan Energy Resources Limited (ASX: VUL) look like?