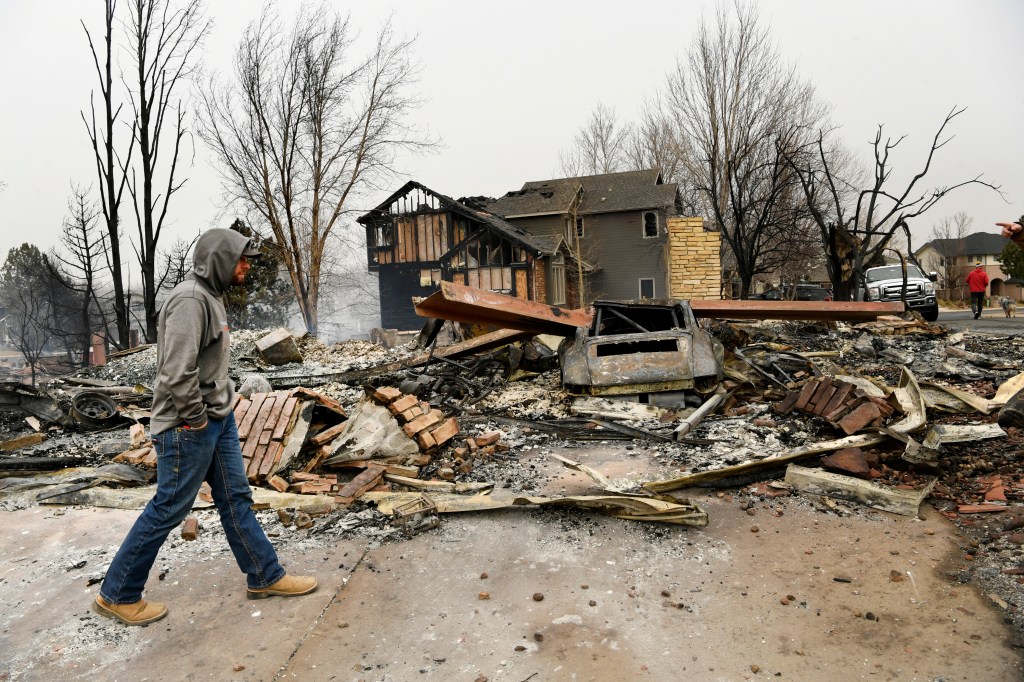 Xcel Energy failed to maintain and monitor its power lines and did not immediately contact authorities in December after sparks from its downed lines were a ‘substantial factor’ in igniting the devastating blaze of Marshall, a Boulder County business and homeowners group alleges in a new lawsuit.

“The defendants’ power lines and power utility equipment were a significant factor in the cause, origin and continuation of the fatal Marshall Fire,” according to the lawsuit. The complaint alleges that Xcel “unreasonably failed to maintain, care for and/or supervise its property in such a manner as to prevent an arcing event from causing a fire.”

The married couple remain anonymous in the lawsuit due to the trauma they still face just three months after the fire, their attorney, James Avery, told the Denver Post.

“Victims are marginalized, pushed aside,” Avery said. “But they are not spectators of a football match – they have lost houses, business effects, personal effects. They were put in the cold.

Michelle Aguayo, a spokeswoman for Xcel Energy, said in an email: “Our own investigation shows that our equipment in the area of ​​the fire has been properly maintained and inspected, in accordance with our high standards, and we do not ‘ve seen no evidence that our equipment ignited the Fire.”

Boulder County officials have not determined the cause and origin of the fire and announced Thursday that their investigation is expected to last several more months.

Immediately after the December 30 fire, officials said they believed the blaze was likely started by downed power lines from high winds, which reached gusts of more than 100 mph. The next day, Boulder emergency management officials said Xcel Energy “inspected all of their lines in the ignition area and found no downed power lines.” Instead, the utility company found “compromised communication lines that may have been misidentified as power lines.”

Later, however, investigators said they were looking at a number of potential causes that could have started the fire, including power lines, a long-smoldering underground coal mine and human activity.

The Marshall Fire killed two people and destroyed more than 1,000 homes and businesses in Superior, Louisville and unincorporated Boulder County, becoming the most destructive wildfire in Colorado history.