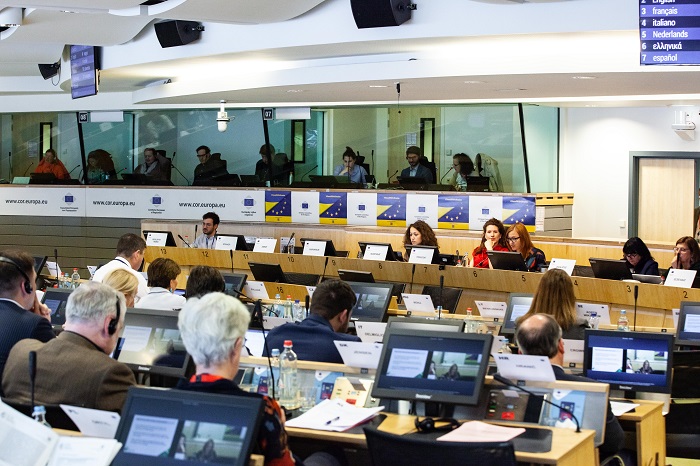 ​The energy crisis remains a major concern for local and regional leaders in the EU. Therefore, it is crucial to empower regions and cities to strengthen their capacity to build resilient communities in order to limit the EU’s dependence on fossil fuels. Decentralized energy production, energy efficiency and savings plans at local and regional level will ensure the achievement of

REPowerEU Package
. Current threats to Europe’s energy security and supply are not an alternative to the climate-neutral transition, local leaders reminded.

​The current geopolitical situation after the Russian invasion of Ukraine has radically changed the energy market. The energy crisis, caused by the war, however, does not alter the urgency of combating climate change. Phasing out fossil fuels is more important than ever. The REPowerEU plan, which was adopted by the European Commission on 18 May, places a strong emphasis on immediate action on energy efficiency and savings, giving local and regional authorities a major role in this regard , and includes recommendations on accelerating the permitting of renewable energy projects .
​

Members of the European Committee of the Regions (CoR)
Committee on the Environment, Climate Change and Energy(ENVE) underlined at their meeting on 31 May that saving energy will be the cleanest and most immediate way to increase independence from Russian energy and underlined that the regions and cities should continue to be the main political bodies to support the citizens most affected by rising energy prices. They further underlined that independence from Russian energy is just one more step towards more sustainable energy in the EU and that environmental problems remain, especially in rural areas. .

Open the debate on the implications of the war in Ukraine for cities and regions facing the energy crisis,
Kata Tutto(HU/PES), chairman of the ENVE commission and deputy mayor of Budapest, said: ”
Persistently high energy prices and the disruption of energy supply caused by Russia’s illegal war in Ukraine are hurting much of our economies and exacerbating energy and mobility poverty. The proposals of the REPowerEU plan should be the way to significantly accelerate the transition to clean energy, by phasing out our dependence on fossil fuels and not just by diversifying its supply. We, cities and regions, are at the heart of the emergency response to this crisis with a view to increasing renewable energies, energy sobriety and energy autonomy in our communities. We therefore call for recognition of this role in the REPowerEU plan.
”

The CoR launched jointly with the

Covenant of Mayors
and the European Commission on ”
City Energy Savings Sprint“, a communication campaign in the form of a toolkit that will help local governments reduce municipal energy consumption and encourage citizens and local businesses to take similar measures.

In addition, the members of the ENVE commission adopted the following three draft opinions during the meeting:

Ecological transition – What balance between social acceptability and environmental imperatives to build resilient communities from the point of view of cities and territories
by the rapporteur
Hannah Zdanoswka(PL/EPP), Mayor of Łódź, who said: ”
Europe’s diversification and independence from Russian energy sources is one of the priorities. Ensuring access to heat and energy sources for everyone, including the less fortunate, is another. We must work for energy efficiency and the fastest possible development of renewable energies. Making our cities resilient is a recipe for the survival, competitiveness and attractiveness of our cities and regions for residents and investors
.”

Revision of the Energy Performance of Buildings Directiveby the rapporteur
Andre Viola(FR/PES), member of the Aude Departmental Council, who declared:
“If we want to reduce our energy bills and achieve our climate targets by 2050, we need to be ambitious in decarbonising the EU’s building stock and genuinely tackling energy poverty. We need to have a single renovation plan that can be implemented over years, that must be inclusive and financially sustainable The revision of the directive must focus on the whole life cycle of buildings and integrate the circular economy at all stages. will only happen if adequate financial and technical resources are made available to cities and regions.
”

Green budget put into practice at local and regional level
by the rapporteur
Vincent Chauvet(FR/RE), Mayor of Autun, who declared on the sidelines of the meeting: ”
Green budgeting should be a way for all of us to approach our local and regional budgets in the near future to better align our fiscal policies with environmental goals. It can help local authorities to prioritize and select low-carbon and resilient investment projects and expenditures, facilitates and improves the rationality of decisions, contributes to improving the evaluation of public policies and responds to a growing demand for transparency and accountability on the public action of sub-national governments. . It also raises several challenges for municipalities and regions. This is why they will need strong support from the European Commission in the definition of “green budget objectives” at local and regional level, tools, methodologies, performance indicators and a list of budget items for the local and regional green budgeting.
”

Furthermore, ENVE members had a first exchange of views on the following opinions: “Energy package on gas, hydrogen and methane emissions”, by the rapporteur
Jakub Piotr Ch.
e
I
stowski(PL/ECR), Marshal of Śląskie Voivodeship, and “Towards a structural inclusion of cities and regions in UNFCCC COP27”, by the rapporteur
Alison Gilliland(IE/PES), Dublin City Councillor.

The ENVE commission appointed
Jean-No
e
the Verfaillie
(FR/RE), Mayor of Marly, as rapporteur for opinion on the “Directive on industrial emissions” and
Luca Menesini(IT/PES), President of the Province of Lucca, as rapporteur of the opinion “EU strategy for sustainable and circular textiles”.

During the last plenary session, in April 2022, local and regional elected representatives adopted a
resolution on REPowerEUand a first set of opinions contributing to the ongoing review of the ”
Suitable for energy package 55‘ and the implementation of the
European Green Dealat local and regional level.

On May 18, 2022, the European Commission adopted a plan to make Europe independent of Russian fossil fuels as soon as possible, starting with gas, in light of the Russian invasion of Ukraine.
REPowerEUaims to diversify gas supplies, accelerate the deployment of renewable gases and replace gas in heating and power generation, which could reduce Russian gas demand by two thirds before the end of the year.

Through the Green Deal Going Local, the European Committee of the Regions is committed to supporting cities and regions in the EU’s transition to climate neutrality.
Green Deal goes localis a CoR flagship initiative that aims to put cities and regions at the heart of the EU’s climate-neutral transition. It includes several calls to action such as
trees for lifea
survey to collect the views of cities and regions on the challenges and opportunities of the local implementation of the European Green Deal
and an appeal to all local and regional authorities
share their climate commitments.