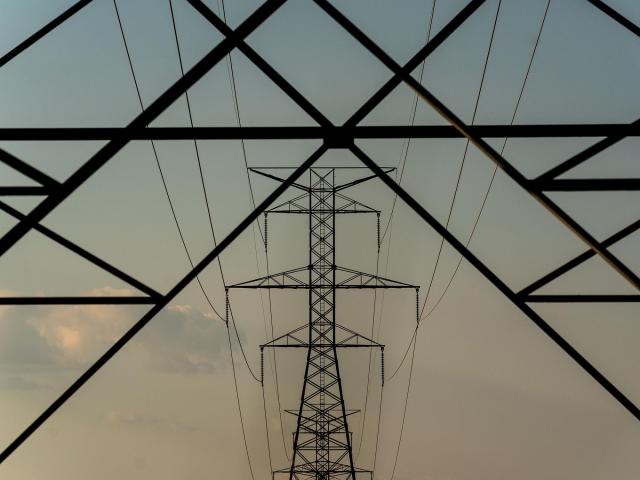 EDITOR’S NOTE: Ken Cuccinelli, a Republican, was Attorney General of Virginia from 2010 to 2014.

As a former attorney general of Virginia, I followed the progress of an energy bill – Bill 951 – to the General Assembly of North Carolina.

Virginia and North Carolina have similar monopoly-controlled electricity regulations that were put in place almost 100 years ago. Unfortunately for Virginia, we are several years ahead of North Carolina in passing (bad) new energy laws, some of which have resulted in significant costs to customers. While I was Virginia’s Attorney General, I and others tried to avoid these mistakes – and now I hope our “Lessons in Failure for Taxpayers” will help North Carolina choose a different path. and make better decisions for your electricity customers.

One of the similarities between our two states is that we each have an “800 pound gorilla” of political influence (along with both sides) over electricity tariffs. In North Carolina, it is Duke Energy, which was one of the main negotiators of HB 951 and made sure the bridge was stacked in his favor. It’s no surprise that manufacturers, businesses, poverty advocates, customer advocates like AARP, clean energy and environmental groups and others have expressed strong opposition to the current bill. .

I also recognize that electricity regulatory legislation is one of the most complex issues that legislators face. There is no other problem with such huge and long-term consequences for the voters of lawmakers.

One way to determine whether a particular piece of legislation is “balanced” among all those interested in the course of electricity regulation is to determine for each of the major topics covered: do both parties benefit equally. ? Do they both carry similar burdens or risks?

At nearly 50 pages, HB 951 – adopted by the Chamber and currently pending before the NC Senate – covers many very technical energy subjects; however, every page would have an impact on the portfolios of electricity customers – and Duke Energy clearly benefits from all the important provisions at the expense of all the others.

Key provisions to extend the time interval between instances of utility company rate hikes – known as multi-year rate plans – are also incorporated into the plans. HB 951.

A similar structure approved in Virginia several years ago has been disastrous for customers. Regulators in Virginia just announced that Dominion Energy made a 13.61% profit from 2017 to 2020, which resulted in $ 1.143 billion in over-recovery from customers (i.e. a surplus income). To make matters worse, Virginia law prevents full refunds to electricity customers.

Multi-year rates can work, but HB 951The model offered by is defective. It should be changed to:

HB 951 also severely limits the oversight of Duke Energy by the State Utilities Board. The reduction in such oversight, coupled with the fact that the legislator decides in advance whether or not substantial new generation is necessary (in other words, whether to order customers to bear the costs of new power plants). ) clearly disadvantages taxpayers. Again, an imbalanced transfer of power from the Utilities Commission to Duke’s advantage and everyone’s disadvantage in North Carolina.

The Board should be allowed to judge Duke’s proposed capital projects against the needs of Duke’s customers in North Carolina. The NCUC is in a much better position to make these decisions competently (and with more expert support) than the legislature.

Until we move away from monopolies (a desirable goal) and increase competition in the marketplace, the independent role of the Utilities Commission will be critical in balancing Duke’s right to make a reasonable profit and family and business rights across North Carolina. to reliable energy and at the lowest possible cost. HB951 sorely misses this balance. Again, no reciprocity.

Another imbalance in HB 951 is the securitization of the costs of closing coal-fired power plants. Securitization allows the public service to mainly refinance its debt on the plant (s) being closed in order to reduce the burden they place on customer invoices. If the goal is to maximize customer savings while reducing the burden on Duke, lawmakers would encourage the securitization of costs associated with shutting down all coal plants, which are estimated to be nearly $ 2 billion.

Instead of, HB 951 caps the securitization of coal, forcing Duke’s customers to pay off the balance within a shorter timeframe. Every business prefers to have money today rather than tomorrow, so Duke is clearly benefiting from it and customers are clearly paying for this imbalanced provision. No reciprocity.

Finally, the most obviously unbalanced aspect of HB 951 is the way Duke’s excess earnings (i.e. income above the yield set by the Commission, i.e. windfall profits) are treated relative to insufficient earnings. Duke is free to maintain excess income above his Public Utilities Board approved rate of return or profit to the tune of approximately $ 100 million per year. But, if Duke under-wins even by a dime, they can get that sub-winner back. This is clearly unbalanced and, again, beneficial only for the monopoly public service. NO reciprocity.

It’s hard to see why a state lawmaker – Republican or Democrat – would find that voting for Bill 951 be in the best interests of his constituents because of the bill’s dramatic imbalance in favor of Duke Energy at the expense of North Carolinians. HB 951 would take an electricity regulatory regime that already unfairly favors and aggravates monopoly public service.

The Opinion section of Capitol Broadcasting Company invites a wide range of comments and letters to the editor. Our Comments next to each opinion column provide an opportunity to engage in a dialogue about that article.

In addition, we invite you to write a letter to the editor about this article or any other opinion piece. Here are some tips on submitting >> SEND A LETTER TO THE EDITOR