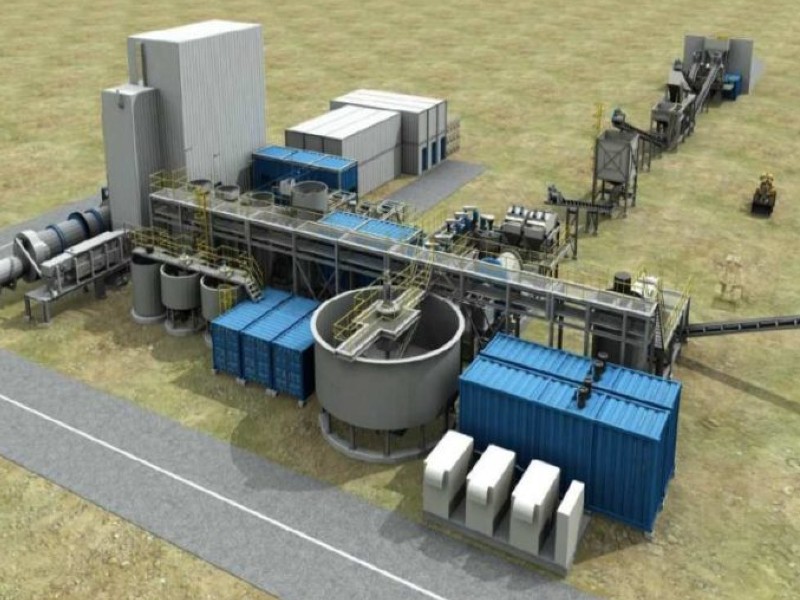 New hybrid power plant for graphite mine in Madagascar –

Crossboundary Energy has won the contract to supply a hybrid solar power plant using solar and thermal generation to NextSource’s Molo graphite mine in Madagascar.

The 20-year contract was designed to evolve alongside planned production from the Molo mine. Electricity delivery will increase in line with future expansion capacity requirements.

A subsidiary of Crossboundary Energy in Madagascar will develop, build, own and operate the Molo hybrid power plant at no capital cost to NextSource, which is headquartered in Canada. The power plant will be located next to the Molo mine site and is expected to become operational at the same time as the Molo mine comes on stream in the second quarter of 2022.

The hybrid power plant will consist of a 2.5 MW solar photovoltaic energy system (the solar power plant), a 1 MW battery energy storage system and a 3.3 MW thermal energy system (diesel generators ) to meet the electricity needs of the Molo mine and processing plant.

The thermal energy system will be used in conjunction with the solar power plant and battery energy storage system to ensure uninterrupted power supply to the mine. Nextsource will initially source up to a third of the mine’s total electricity needs from renewable solar energy. But, the commitment of NextSource and CBE is to optimize the solar component over the years in order to increase the percentage of renewable energy to dominate the mix.

Hybrid energy for mines could dramatically change their emissions profile

The renewable energy created at the plant will provide NextSource with guaranteed energy cost savings. This tariff will reduce the expected energy costs on a kWh basis compared to the expected cost rate per kWh based on thermal power alone, as modeled in the Molo 2019 Feasibility Study of the Company by NextSource.

The hybrid plant will help NextSource reduce its carbon footprint, as it will reduce the company’s emissions profile. The electrical materials development company intends to become a fully integrated global supplier of critical batteries and technological materials needed to power a sustainable energy revolution. The Molo graphic project in Madagascar is one of the largest known graphite deposits in the world.

Did you read?
New hydrocarbon analysis laboratory for Mali

Craig Scherba, President and CEO of Nextsource, said: “Deploying clean, renewable and sustainable energy sources to reduce emissions is a cornerstone of our operational strategy and will reduce our expected energy costs over the life of life of our project. “

Did you read?
Hybrid energy has a role to play in South Africa’s energy mix