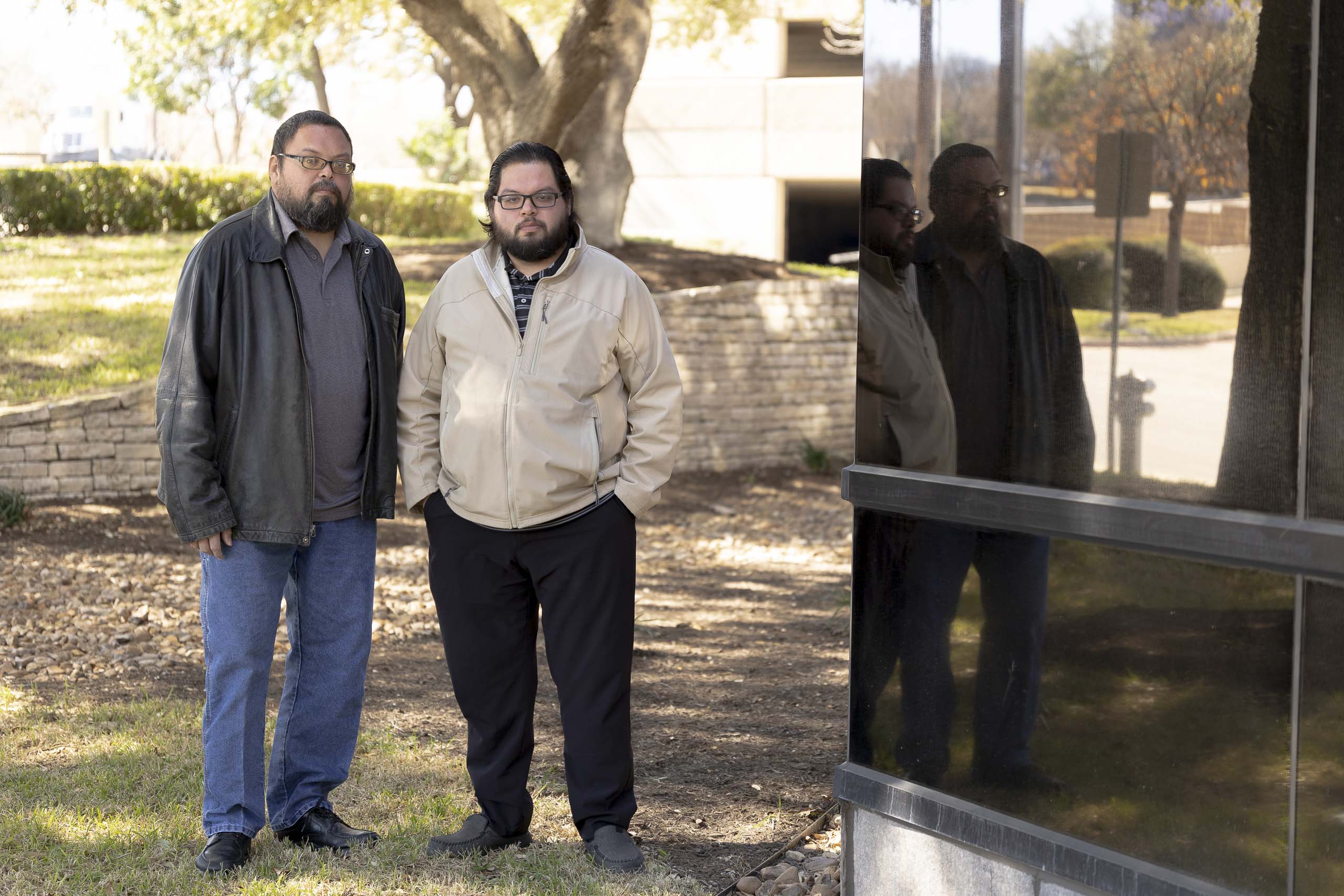 Last year on Valentine’s Day, the residents of San Anton woke up to a winter wonderland.

South Side resident Chris Mendoza recalls thinking the scene outside was magical. A lifelong San Antonian, he, his wife Leticia Mercado and their two teenage children had hardly ever seen snow.

At first, the historic freeze didn’t seem so bad for the Mendozas. Their street only lost power for about three hours, Chris Mendoza recalled, and the roads in their area weren’t too bad as long as you drove slowly.

Mendoza drove her diabetic father Zeke Mendoza, 61, who lived a block away, to his dialysis appointment the next day in his black van, but said his father drove the rest of the week himself.

But a week later, as the city finally returned to normal after going through the worst power crisis in state history, Mendoza walked into his father’s house to find him on the living room floor. , dead. It’s a moment that he said he played over and over in his head.

Mendoza usually checked on his parents once or twice a day. But when he called his father that morning, there was no answer. “I called 5, 6, 7 times,” he said. “So I told my wife I was just going to drop by to see what was going on. When I got there, that’s when I saw him on the ground.

Zeke Mendoza is one of at least 16 San Antonians and 247 Texans who lost their lives in the storm. The former Harlandale ISD administrator was a community man who loved raising money for South Side children, Chris Mendoza said. His sons are among half a dozen San Antonio families who filed wrongful death lawsuits against CPS Energy in the storm’s wake. The family is seeking more than $1 million in damages from the utility.

A state in crisis

Zeke Mendoza typically required about four to five hours of dialysis per treatment, which he received at US Renal Care on South Flores Street on Mondays, Wednesdays and Fridays.

But the growing power outages caused by the winter storm led to a statewide “dialysis crisis”. Because dialysis requires large amounts of electricity and clean water, both of which were in short supply during and after the winter storm, and because so many clinics had a backlog of patients who missed their appointments during the freezing , many clinics — including US Renal Care — cut patient appointments to two hours per visit.

Zeke Mendoza appeared to be doing well to his family members during his week without the full amount of dialysis he usually received, making his sudden death even more painful, his son said.

In early March, the Mendoza family filed a wrongful death lawsuit alleging “that CPS Energy’s negligence was the cause of [Zeke’s] death” because “CPS Energy failed to provide safe, reliable and efficient electricity to a dialysis clinic where Mr. Mendoza was treated”, condemning him to “a painful and unnecessary death”.

Because CPS Energy failed to notify US Renal Care that it could not guarantee power during a severe freezing event, the clinic was left unprepared and severely impacted by the winter storm, which in turn severely affected the care that patients like Zeke Mendoza received, said Marco Crawford, one of the lawyers representing the Mendozas.

On February 17, 2021, Jesus Rodriguez woke up to find his wife, Ann Elizabeth Rodriguez, dead in their bed. In his lawsuit, Rodriguez alleges that his wife’s death was the result of “extreme cold inside his home, which was caused as a direct result of the power outage.”

Rodriguez’s suit was quickly followed by two more; one by Manuel Riojas’ family and one by an unnamed San Antonio man who claimed his mother died because she couldn’t use her electric oxygen machine.

The families of Luis Flores and Florentina Flores – no relation – filed their lawsuits in early April. CPS Energy is also named in two wrongful death lawsuits filed outside of Bexar County.

CPS Energy declined to comment on the lawsuits as they are pending.

Where are the costumes

Those suits are all currently “in limbo,” Crawford said. In the Mendoza case, CPS Energy filed a motion to stay the lawsuit or keep everything in place, he said. The utility also proposed that the family’s case be taken to multi-district litigation as a class action.

Most wrongful death lawsuits against CPS Energy, ERCOT and gas suppliers have already been consolidated under a single multidistrict litigation tribunal, Crawford said. But Crawford said he was fighting consolidation; he hopes to find out this week if their suit can stand on its own.

According to Mendoza’s objection to CPS Energy’s motion to stay, the utility “denied the plaintiffs’ motion allegations and then blamed God and ERCOT equally.”
extent of their own negligence.

Yet several of the wrongful death lawsuits point out that everyone knew the storm was coming – meteorologists called it a “hundred-year winter storm” event. Governor Greg Abbott requested a federal emergency declaration on February 13, which was approved the next day.

Yet the proper precautions — like making sure the Zeke Mendoza dialysis center was marked as critical life-saving infrastructure that needs to be powered — weren’t taken, Mendoza objected.

CPS Energy sent text and call warnings to customers ahead of the short freeze earlier this month, Chris Mendoza pointed out in an interview on Monday; why were these warnings not sent before winter storm Uri?

CPS Energy claims that because it is owned by the city of San Antonio, it is a government entity, and therefore immune from suit under sovereign immunity, the principle that the government does not can be prosecuted without his consent.

A year of change

It was a difficult year for the Mendoza family, who had to learn to continue their life without their parents. just months after Zeke’s death, his wife Elizabeth, who suffered from Parkinson’s disease, died.

Chris Mendoza said he misses his and his father’s ‘deep conversations’, including his father’s life advice – which he says was always delivered sternly but lovingly. Eric Mendoza added that he was sad that his three young children, all under the age of 10, could not make more memories with their “Popo or Grandma”.

Chris still visits his parents’ grave a few times a month, he said, sometimes with his wife and two teenagers. He plans to do so on the anniversary of his father’s death next week.

The entities responsible for his father’s death must be held accountable, Chris Mendoza said.

The brothers – Chris, Eric and Gabriel – have said they are prepared for litigation to take years to complete. They just want to see CPS Energy held accountable, he said.

“We just want them to be better prepared so someone else doesn’t have to go through the same thing,” Chris Mendoza said.