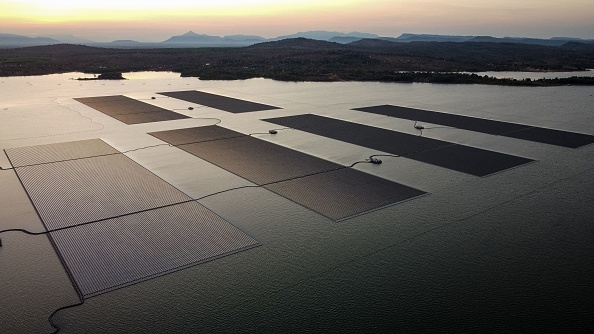 Renewable energy is embraced by countries, organizations and people for various compelling reasons.

These small-scale renewable generators are intermittent and low-efficiency, and they are often dispersed and integrated within power grids in significant numbers.

Small-scale renewable resources in the UK

Mathematicians from the University of Nottingham analyzed smart meter data to examine how grid composition changes over time and found that resilience varies throughout a day and that high adoption of solar panels can make the system more vulnerable to collapse.

According to ScienceDailyThe study was led by Oliver Smith, a researcher at the University of Nottingham, who notes that the growing proliferation of tiny, intermittent renewable energy sources is creating rapid change in the structure and composition of the electricity grid.

This is because the functional structure of the network can change during the day as customers and small generators come and go.

They also studied how the composition of the network changed over time using smart meter data from UK households. They used a dynamic model to examine how these changes affect the power system‘s resilience to catastrophic outages.

Additionally, they found that adaptability varies wildly throughout the day, and that extensive use of solar panels can make the system more susceptible to failure.

Researchers have found that renewable energy stored in residential batteries is primarily used to reduce household electricity prices while doing little to reduce the likelihood of grid outages.

They propose that the power supply from these batteries should be planned to optimize the resilience of the power grid.

Renewable energy methods create electricity directly from the environment. These energy sources include, to name a few, sunlight, wind, tides and biomass, to name a few.

According to EnergyWiserenewable resources won’t run out, but many types of fossil fuels will become harder to access as we use them, possibly increasing both the expense and the environmental effect of l ‘extraction.

This is because generation technologies such as solar panels and wind turbines have few or no moving components and do not depend on flammable or combustible fuel sources to operate.

According to Conserve the future of energyCompared to traditional types of energy generation such as fossil fuels, there are still barriers to generating huge amounts of electricity with renewable energy technologies.

By far, most electricity is still generated by fossil fuels today. This effectively means that we cannot count on it to supply the whole country.

Renewable technologies are still relatively new to the market, which means they lack much-needed efficiencies.

The installation and maintenance costs of these installations are relatively high due to a lack of basic knowledge on how to correctly exploit the different types of energy. This creates forecasting problems and investors may be hesitant to invest for fear of not seeing immediate profits.

Read more: The Benefits of Using Solar Generators as a Renewable Energy Source

© 2022 NatureWorldNews.com All rights reserved. Do not reproduce without permission.