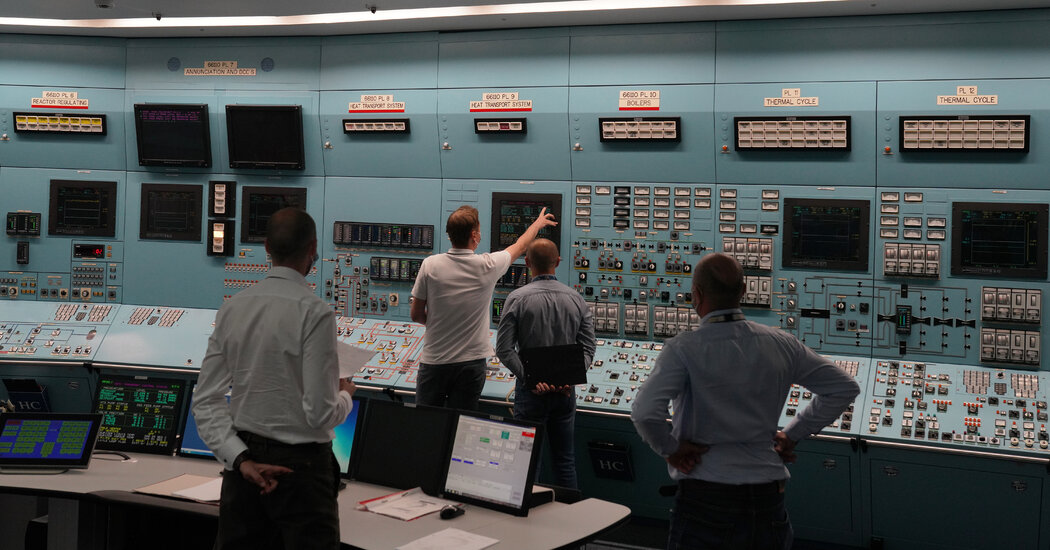 Romania sees an opening to become an energy power in Europe

CERNAVODA, Romania – A row of towering concrete domes stand along the Danube-Black Sea Canal in Cernavoda, about two hours east of Bucharest. Two of the structures house nuclear reactors supplying the Romanian electricity grid. Two others were started decades ago and are still awaiting completion – but perhaps not for long.

The nuclear complex was designed under the regime of Nicolae Ceausescu, the communist dictator who ruled Romania for a quarter of a century before being overthrown and executed in 1989. Mr. Ceausescu’s strategy was to isolate Romania from the influence of the Soviet Union by having it generate its own electricity.

More than 30 years later, as much of Europe seeks to cut its ties with Russian energy, Romania benefits from Mr. Ceausescu’s insight. The two reactors provide approximately 20% of Romania’s electricity very cheaply.

Russia’s invasion of Ukraine, which shares a nearly 400-mile border with Romania, has bolstered Romania’s efforts for energy independence. His ambitious energy plans include completing two of Cernavoda’s power plants and paving the way for a new type of nuclear technology called small modular reactors. He also wants to take full advantage of the large offshore gas deposits in the deep waters of the Black Sea.

Some see Romania, a nation of 21 million roughly the size of Oregon, as having the potential to become a regional energy powerhouse that could help wean Eastern European neighbors and from the Southern Dependency in Moscow. It’s a shared goal in Washington and among some investors, who see business and strategic opportunities in a corner of the world that has been on fire in recent months.

The owner of the Cernavoda nuclear complex, a state-controlled company called Nuclearelectrica, plans to spend up to 9 billion euros ($9.5 billion) on nuclear initiatives this decade.

“For Romania, I will definitely tell you, these projects are super important,” said Cosmin Ghita, CEO of Nuclearelectrica. Ghita said nuclear power could help Romania achieve a variety of goals, from reducing carbon emissions to “countering Russian aggression in the region” over energy issues.

The war in Ukraine has created momentum to break years of stalemate and step up drilling in the Black Sea to unlock potentially rich treasure troves of natural gas that Romania could export.

“We will ensure energy security in the neighborhood,” Virgil-Daniel Popescu, Romania’s energy minister, said in an interview after lawmakers passed legislation to encourage investment in gas generation.

Still, working in Romania is likely to prove a challenge for companies from the United States and other Western countries. The government has a reputation for welcoming outside investors with heavy taxes and tough regulations. These policies, perhaps the result of fears that Romanian consumers will end up paying too much while energy giants rake in big profits, have likely driven outside companies away.

The Russian-Ukrainian War and the World Economy

A large-scale conflict. Russia’s invasion of Ukraine had a ripple effect around the world, adding to the woes of the stock market. The conflict has caused skyrocketing gas prices and product shortages, and caused Europe to reconsider its dependence on Russian energy sources.

The Russian economy is facing a slowdown. Although pro-Ukrainian countries continue to adopt sanctions against the Kremlin in response to its aggression, the Russian economy has so far avoided a crippling collapse thanks to capital controls and rising interest rates. But the head of Russia’s central bank has warned that the country is likely to face a sharp economic slowdown as its stock of imported goods and parts is low.

Trade barriers are rising. The invasion of Ukraine has also sparked a wave of protectionism as governments, desperate to secure goods for their citizens amid shortages and rising prices, erect new barriers to stop exports. But the restrictions make the products more expensive and even harder to find.

Prices for essential metals are skyrocketing. The price of palladium, used in car exhaust systems and mobile phones, has soared amid fears that Russia, the world’s biggest exporter of the metal, could be cut off from world markets. The price of nickel, another key Russian export, also rose.

Last month, for example, Exxon Mobil sold its 50% stake in Neptun Deep, a Black Sea project that had been heralded as potentially the largest new natural gas production field in the European Union. Exxon’s brief announcement said the company wanted to focus on “low procurement cost” projects. The Romanian tax system is considered the most severe in Europe.

Romania’s oil industry is one of the oldest in the world, dating back to the drilling of wells as early as the 1860s and centered in the bustling center of Ploiesti, about 35 miles north of Bucharest. As venerable oil fields decline, industry executives say drilling in the Black Sea could produce enough natural gas to turn Romania, now a modest importer, into the European Union’s biggest producer .

Romania also has dams generating nearly 30% of the country’s electricity. And the nuclear industry, which employs about 11,000 people, receives high marks from the global industry.

“They are a terrific operator; they know what they’re doing,” said Carl Marcotte, senior vice president of marketing and business development at SNC-Lavalin, a Canadian company that owns the Cernavoda reactor technology and is involved in the upgrade.

This potential has aroused the interest of the United States. In 2020, with encouragement from the Trump administration, Romania broke off negotiations with China to complete the Cernavoda reactors and turned to Washington as its main source of nuclear support.

As plans for Cernavoda progress, the Romanian government and the Biden administration announced a preliminary agreement in May to build a so-called small modular reactor on the site of a closed coal-fired power plant.

The supplier is said to be an Oregon company, NuScale Power, which has received more than $450 million in support from Washington to develop what the nuclear industry hopes will be new technology to jump-start reactor construction.

The idea is to build components for the plants in factories and then assemble them on site in hopes of reducing the huge costs and long construction times that have plagued the nuclear industry. Ultimately, these reactors could offer European countries an alternative to polluting coal and gas imported from Russia.

For a country like Romania which has a well-trained and cheap labor force, according to experts, the manufacture of equipment for this new type of reactor could turn into an export industry, not to mention the possibility of exporting excess electricity.

“I think this is a huge opportunity,” said Ted Jones, senior director of strategic and international programs at the Nuclear Energy Institute, an industry group in Washington.

Still, the Romanian government is likely to watch investors closely and try to insulate Romanians from global economic forces. Outside of the faded elegance of parts of Bucharest, Romania is a relatively poor country, with its median income ranking near the bottom of the European Union.

“There is an ingrained mistrust in the private market,” said Radu Dudau, director of the Energy Policy Group, a nonprofit organization in Bucharest. “There is an underlying understanding and expectation that the people and the nation will be safer if the state controls them.”

These principles appear to have been at work in 2018 when the government raised taxes and imposed export restrictions on offshore oil production. Exxon followed this decision by putting up for sale its share of the Neptun field, supposed to contain tens of billions of dollars of gas. On May 3, Exxon announced it would sell its stake to state-controlled Romgaz for about $1 billion.

Had the project development progressed in 2018, Romania might have almost doubled its current gas production. Instead, at best, the project should not be launched for five years. The government’s decisions “have significantly undermined the competitiveness of Romania’s offshore for investors,” said Ashley Sherman, research director for the Caspian Sea and Europe at Wood Mackenzie, an energy consultancy.

Mr Popescu, the energy minister, said the sponsors of the 2018 legislation misjudged, believing Exxon would go ahead with the project anyway, and that it had been proven wrong by “real life”. Recently, as energy security has moved higher and higher on the agenda, lawmakers have passed legislation to repair the damage and relax some rules. Soaring natural gas prices and the war in Ukraine persuaded lawmakers that they had to “start exploiting the Black Sea”, he said.

A smaller gas field in the Black Sea started operating on Wednesday. Owned by a group including a unit of Carlyle, the American investment management company, the project will bring fuel to land near Constanta, Romania’s main port and offshore drilling centre. Eventually, it will produce around 10% of Romania’s gas needs.

The development of Neptun, estimated at 4 billion dollars, is likely to be more difficult and more expensive than if the work had started a few years ago. With high oil and gas prices, the costs of drilling, steel and other inputs have skyrocketed. The Black Sea is now a risk zone with mines floating around and the perils of Russian military activity adding to insurance rates. Exxon also has much greater expertise in deepwater mining than Romgaz or OMV Petrom, which took over from Exxon as project operator.

Despite these issues, energy security concerns are so strong that the project looks likely to go ahead even with Exxon’s departure, analysts said. It may even be useful to have two Romanian companies in charge.