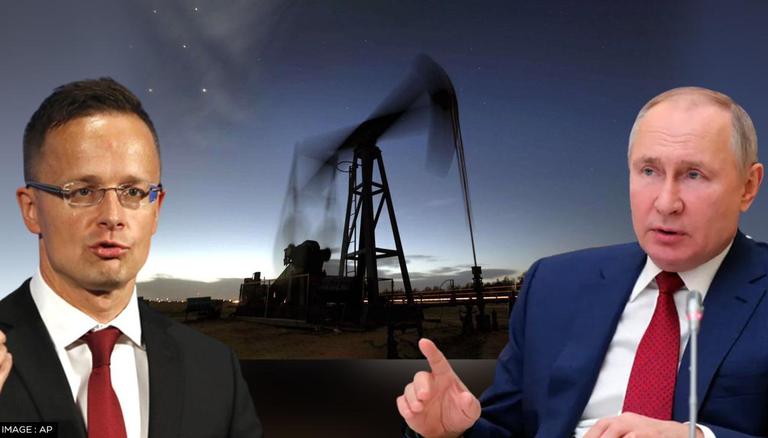 A day after the United States banned imports of Russian oil, Hungarian Foreign Minister Peter Szijjarto said Wednesday that Russia’s energy resources play a decisive role in Eastern Europe. He said his country will not make a decision to the detriment of its people.

“Russia’s energy resources play a decisive role in Eastern Europe, which is why Hungary will not make decisions from abroad to the detriment of its people,” said Hungarian Foreign Minister Peter Szijjarto.

On Tuesday, US President Joe Biden informed America that it would block imports of Russian crude to penalize Putin for invading Ukraine. Biden said he acted in consultation with European allies, but admitted they were more dependent on Russian oil and gas and may not be able to take similar action immediately.

“We ban all Russian gas, oil and energy imports. We are moving forward with this ban knowing that many of our European allies and partners may not be able to join us,” Biden said. , adding that “we are applying the largest economic sanctions package in history, and this is causing significant damage to the Russian economy.”

Would a U.S. ban on Russian oil harm Moscow?

The U.S. ban on Russian oil is likely to be minimal, as the country imports a small share of Russian oil and does not buy any of its natural gas.

Last year, about 8% of US oil and petroleum imports came from Russia. In total, imports totaled about 245 million barrels in 2021, or about 672,000 barrels of petroleum and petroleum products per day. However, Moscow’s oil imports fell sharply as American buyers shunned fuel.

Meanwhile, at present, a broad US-EU ban seems unlikely. German Chancellor Olaf Scholz informed on Monday that his country, which is the biggest consumer of Russian energy in Europe, has no intention of joining any ban.

Russia says ‘some progress’ made in talks, military asks not to ‘overthrow’ Ukrainian government

On the 14th day of the war, Russia said on Wednesday talks with Ukraine had made “some progress” after delegations from both sides held their third round of talks in Belarus. Speaking at a press briefing, Foreign Ministry spokeswoman Maria Zakharova said talks with Kyiv officials to resolve the conflict were progressing and informed that Russian troops had been told not to overthrow the Ukrainian government.

“Some progress has been made,” said Maria Zakharova during a press briefing. She added that the Russian army had not been tasked with “overthrowing the current government”.