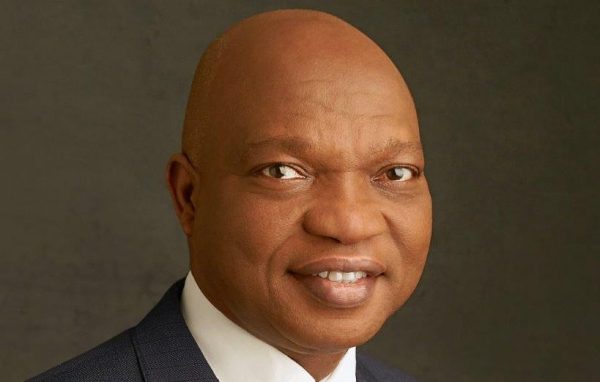 The national president of Shell companies in Nigeria, Osagie Okunbor, called for a two-pronged strategy for the country’s energy transition agenda.

He says his suggestion is necessitated by the need to respond to the global call to reduce the use of fossil fuels and the production of greenhouse gases.

“To combat climate change, power generation, for example, must evolve to use a combination of more renewable energy sources, as well as natural gas – the cleanest combustion of hydrocarbons.” Okunbor said.

His views were contained in a statement released Monday by Bamidele Odugbesan, Shell’s media relations manager.

Odugbesan said that Okunbor made these suggestions during the 51st Founders Day conference at the University of Benin, titled: â€œThe Global Energy Transition and the Imperatives for Nigeriaâ€.

â€œHarnessing these vast gas resources, and on time, is key to Nigeria’s next decade of existence. “

According to Okunbor, the second approach for a successful energy transition in Nigeria will be intentional growth of the off-grid electricity and renewable energy industry by taking advantage of foreign financial support and technology transfer.

He said: â€œThe energy transition underway is here with us. As with other transitions, it is a journey that will involve multiple approaches, collective action and will undoubtedly present new challenges and opportunities.

â€œNigeria is well positioned to ride the wave of the current energy transition with its abundance of natural fossil fuels and renewable solar energy.

â€œWe need to act with a greater sense of urgency and a clear sense of direction.

â€œThe transition is underway, but it will take place at different paces and produce different results in different countries depending on local factors.

â€œSociety as a whole faces a dual challenge of transitioning to a low carbon energy future, dealing with how to manage the risk of climate change, while extending the benefits of energy to all. on the planet.

â€œIt’s a challenge that requires changes in the way energy is produced, used and made accessible to people.

â€œDespite decarbonisation efforts, oil and gas will remain in the energy mix for decades to come.

â€œThis is in part a consequence of the time required for renewable energies to reach the necessary level of materiality.

â€œIt is also in part a consequence of the lack of substitution options in some parts of the economy.

â€œThe world will need to meet its energy needs at the same time as it tackles climate change. “

Okunbor noted that to make the federal government’s Gas Decade program a success, the country would need to unlock the national value chain from gas to electricity.

This would be done by accelerating the development of infrastructure; boost gas-based industrialization and deepen domestic penetration of liquefied petroleum gas, he said.

Okunbor added that there was a need to create a stable regulatory environment anchored in a willing buyer-seller pricing regime.

He said there was also a need to develop export and regional gas markets and build local capacity and content for gas entrepreneurs and professionals.

He said: â€œA transformation of the global economy is needed, especially in the electricity, transport, buildings and industry sectors.

“These are the top four areas where energy is consumed and which produce a significant proportion of energy-related carbon dioxide emissions.”

Okunbor also advocated a significant shift in energy use in electricity, transportation, buildings and industry as key areas that would determine the energy mix in the long run.

2021-12-01
Previous Post: New hybrid power plant for graphite mine in Madagascar –
Next Post: $ 8.6 million in funding for the distributed energy resources pilot project