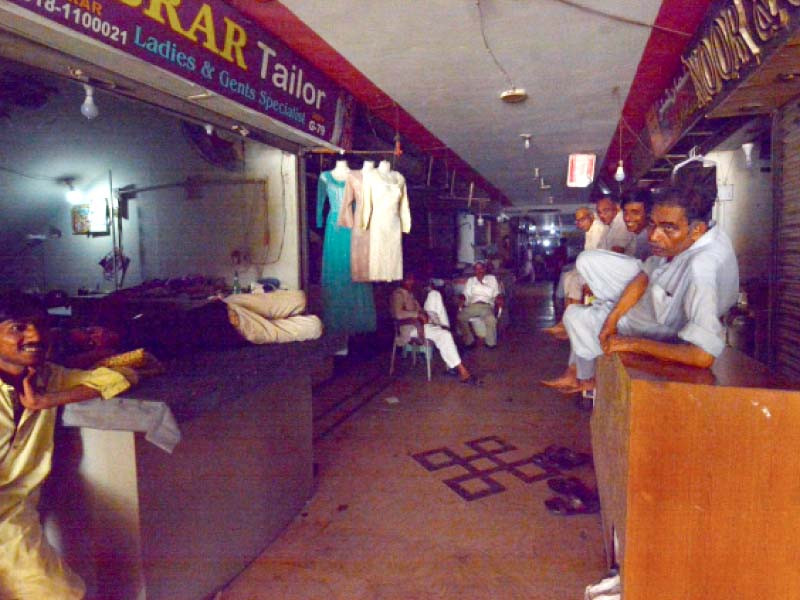 Shopkeepers are unhappy with the government’s energy-saving program

In the midst of a nationwide fuel and power crisis, the government had imposed an electricity conservation program in the province a few weeks ago, under which all markets and businesses in Sindh, including the port city, were to close at 9 p.m.

In theory, this program was supposed to significantly reduce the province’s electricity deficit if enforced with an iron fist, while anyone found in breach of the strategy was to be prosecuted under Article 188 of the Pakistan Penal Code (PPC).

However, Karachi has always been a city that thrives after dark, as businesses, markets and restaurants wake up late in the day and stay open until the early hours of the morning, providing the city with its famous nightlife. Given this, businesses in the city had rejected the government’s plan. A similar sentiment was also expressed by Traders Association of Pakistan Chairman Ajmal Baloch who said traders in Sindh would not close their businesses at 9pm under any circumstances.

Nearly 20 days after the government announced the new law, it appears traders in Karachi, especially those in the inner parts of the city, have delivered on their statement; continue to stay open until late hours of the night. For them, the new system has so far offered no respite from the many hours of load shedding, which means they still have to rely on generators for most of the day. “It’s been a few weeks and this program has not resulted in any change in load shedding hours despite the closure of major 9m markets,” commented Haji Azhar, trader at Denso Hall Market. “We are still without power for most of the day and have to pay for generator fuel on top of the increased electricity rates. Most of the city comes alive after sunset in this season. , so if we limit our peak hours by closing early, how are we going to make money?” he asked.

Many Karachi business owners, like Azhar, now appear to be losing faith in the government’s decision, heading for acts of rebellion. For Danish, who runs a household appliance store in the city, the electricity saving plan has failed. “There was a requirement to reduce load shedding hours, but the power company only increased our power outages and also increased the frequency of unscheduled outages,” he said, explaining his verdict. at the government level.

Speaking in this regard, President of Karachi Tajir Itehad, Atiq Mir said that the city’s business community is severely troubled by the current economic crisis, the effects of which have been amplified due to increased load shedding. . “The government should immediately end the implementation of these restrictions and commercial areas should be exempted from load shedding,” he urged.

According to Energy Minister Imtiaz Ahmed Sheikh, the government of Sindh, at the request of the federal government, imposed restrictions due to the energy crisis but the duration of load shedding in Karachi has become very long. Acknowledging the citizen’s distress, he said K-Electric was asked to use all of its resources to generate additional power. “The Sindh government is trying to reduce the load shedding time in Karachi, but I also call on people to reduce their own electricity consumption so that the government and the people can meet halfway,” he said. he declares.

A K-Electric spokesperson when asked about the matter confirmed that the power company was using all its resources to reduce load shedding in Karachi, adding that the duration and frequency of power outages would soon be reduced.