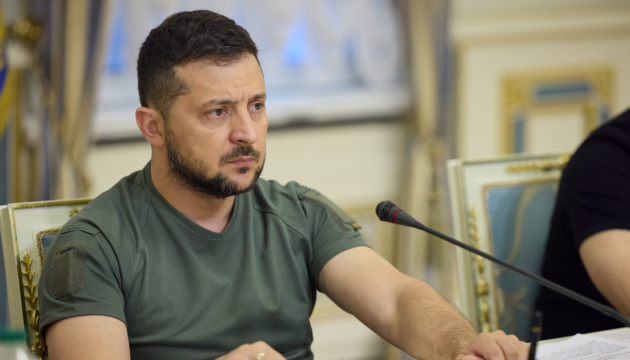 Ukraine has the potential to become a green energy hub for Europe that will replace the dirty energy resources of Russia.

“Ukraine can and I am sure will become a green energy hub for Europe. We are able to replace dirty Russian energy resources. Ukraine has a huge natural potential to establish capacities in green energy and in the production of green hydrogen. This is a potential of at least tens, and looking at it realistically – hundreds of gigawatts of green electric power,” Ukrainian President Volodymyr Zelensky said. said meeting with the heads of major companies as part of the opening of the New York Stock Exchange.

The Head of State is convinced that the European energy market desperately needs a player like Ukraine.

Zelensky said that Ukraine has already started exporting electricity to the EU, but the scale of cooperation can be hundreds of times greater.

As noted by the President, Ukraine has an almost complete range of natural resources and minerals: from gas to uranium, from lithium to titanium, from coal to quartzite, and much more.

“And we not only have resources, but also a strong culture and tradition of extraction, processing and production. We have qualified people. We have a developed transport sector and convenient logistics – with access to the European Union market,” he stressed.

Zelensky added that one of the reasons why Russia had launched a war of aggression against Ukraine was the Russians’ fear that the Ukrainians would become not only an industrial competitor of Russia, but a real substitute for it. ci in many markets of many countries.