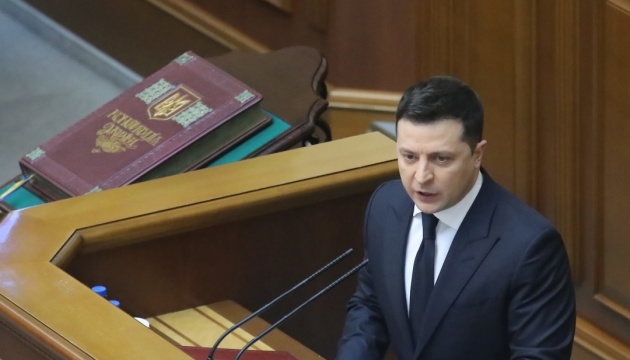 Ukraine has sufficient energy resources for the heating season, President Volodymyr Zelensky said in his speech at the opening of the seventh session of the Verkhovna Rada IX convocation.

“We have sufficient gas reserves, sufficient coal reserves. Ukraine is using the full potential of nuclear energy for the first time in its history,” Zelensky said, an Ukrinform correspondent reported.

He added that all 15 existing power units of Ukrainian nuclear power plants are currently operating.

As reported, coal reserves in the warehouses of Ukrainian thermal power plants (TPP) amounted to 657,200 tons as of January 31, 2022, which is 7.9% less than on January 24. At the same time, Ukraine plans to import 6 million tons. of coal in the first quarter of 2022, when the estimated coal usage is expected to be 5.5 million tonnes.