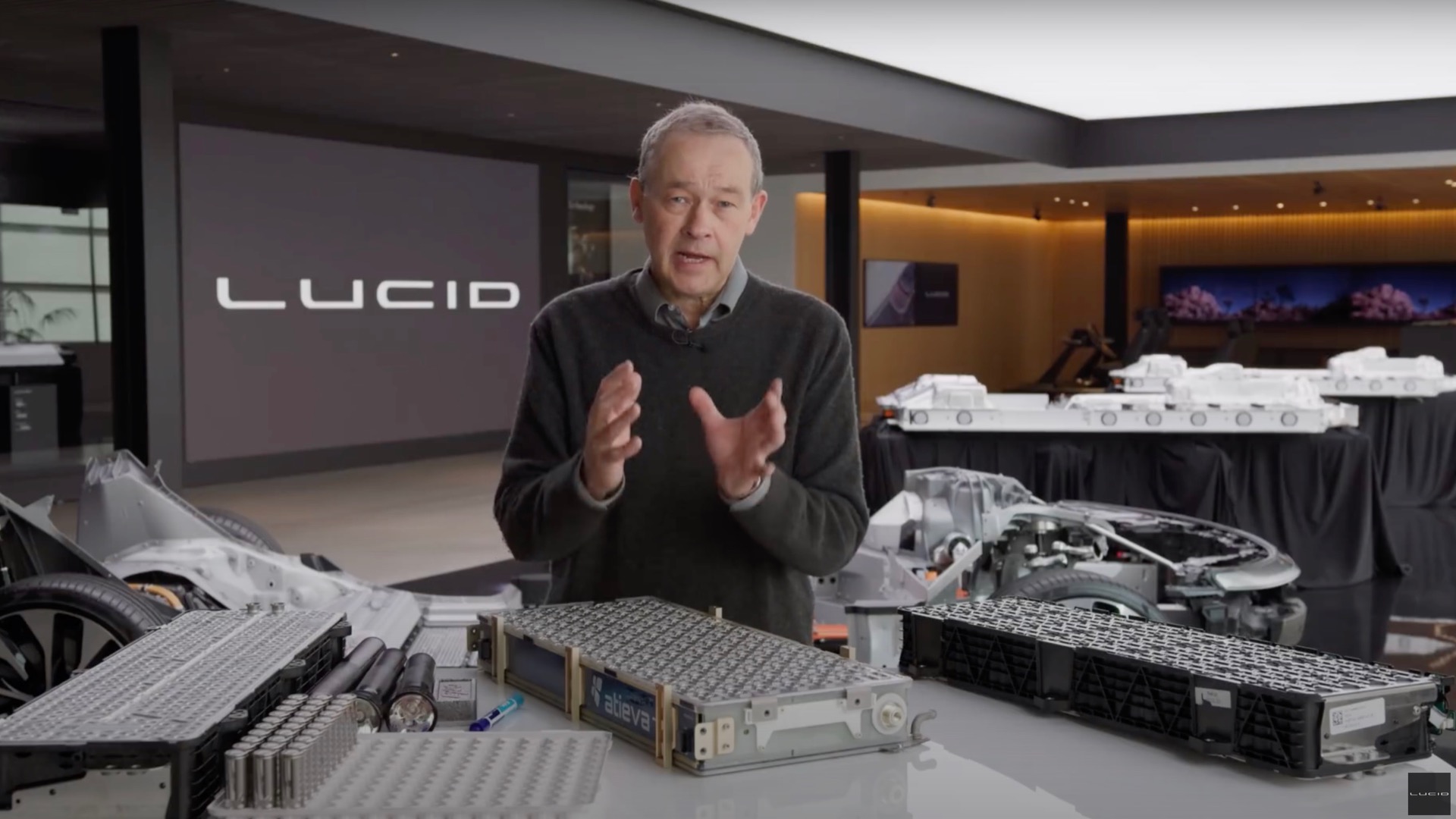 Watch Lucid’s CEO give the best EV battery introduction yet

If you’re looking to learn more about EV batteries, Lucid Motors CEO and CTO Peter Rawlinson just delivered perhaps the best primer yet. Spanning approximately 36 minutes, this first video in a series covers just about every aspect of the Lucid Air battery and how it helps activate the luxury sedan’s 520-mile maximum range.

Rawlinson starts with the basics: energy and power. Energy represents whether a job, like running up a hill, can be done, while power represents how quickly it can be done, Rawlinson explains. In electric cars, power is expressed in kilowatts (often converted to horsepower for comparisons with internal combustion vehicles) while energy is expressed in kilowatt hours.

Lucid relies on cylindrical cells, much like Tesla and Rivian, in part for their more consistent cooling behavior. Each 2170 cell has about 17 watt-hours of power, which Rawlinson says could propel the Air about 140 meters, in case you were wondering.

To achieve Lucid’s initial range goal of around 400 miles, Rawlinson and company calculated that they would need around 6,000 cylindrical cells, which were then arranged in 300-cell modules mounted below ground. Each module has 42 volts, for a total of 924 volts in the Air Grand Touring and Dream Edition 22-module packs.

This is a higher voltage than other EVs, and the benefit of this relates to Ohm’s Law, the fundamental law describing the flow of energy through electrical circuits. Because Ohm’s law states that heat loss is proportional to the square of current, decreasing current allows for more power with greater efficiency, Rawlinson explains. Doubling the voltage halves the current, which Rawlinson calls a “fundamental tenet” of Lucid’s engineering philosophy. 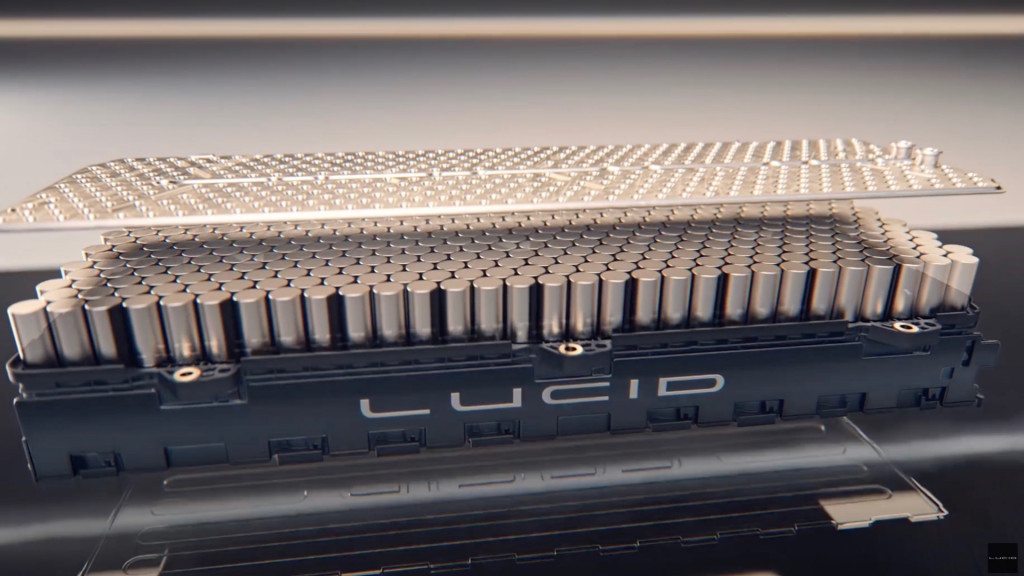 Lucid uses a somewhat different cooling system than other automakers, placing the cells very close together and using cooling plates at the ends of the cells rather than running coolant channels between the cells. Again, it’s a question of efficiency. Modules with cooling channels are difficult to manufacture with the necessary precision, and the cells tend to disperse more heat at their ends anyway, says Rawlinson.

It’s no surprise that Lucid is so focused on battery technology. It used to be Atieva, a battery company, and in some ways the Air draws on the company’s experience in Formula E.

Lucid builds its own mods and packs in Arizona, near its assembly for the cars themselves. It’s a process designed to scale to several hundred thousand vehicles per year.

Check out the video below, and if that physics course you took a long time ago didn’t quite do it for understanding how electric vehicles work, we suspect Rawlinson will.